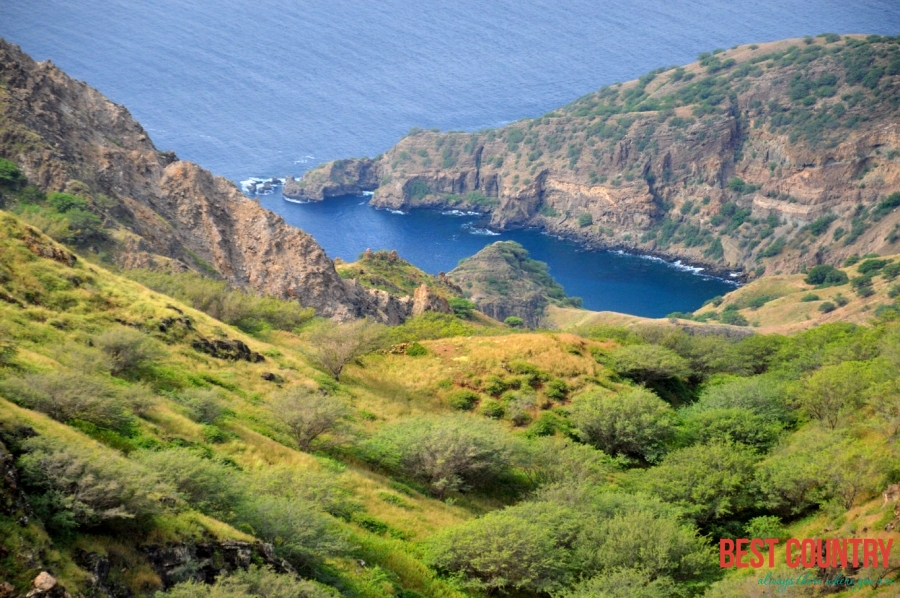 Cape Verde climate is milder than that of the African mainland, because the surrounding sea moderates temperatures on the islands and cold Atlantic currents produces an arid atmosphere around the archipelago.

Conversely, the islands do not receive the upwellings (cold streams) that affect the West African coast, so the air temperature is cooler than in Senegal, but the sea is actually warmer, because the orographic relief of some islands, such as Santiago with steep mountains, cover it with rich woods and luxuriant vegetation where the humid air condenses and soak the plants, rocks, soil, logs, moss, etc.

On the higher islands and somewhat wetter islands, exclusively in mountainous areas, like Santo Antão island, the climate is suitable for the development of dry monsoon forest, and laurel forest as this vegetation. Average daily high temperatures range from 23 °C (73 °F) in February to 29 °C (84.2 °F) in September.

Cape Verde is part of the Sahelian arid belt, with nothing like the rainfall levels of nearby West Africa.It does rain irregularly between August and October, with frequent brief-but-heavy downpours. A desert is usually defined as terrain that receives less than 250 mm (9.8 in) of annual rainfall. Cape Verde's total (265 mm (10.4 in)) is slightly above this criterion, which makes the area climate semi-desert.