Sucre is the capital of Bolivia 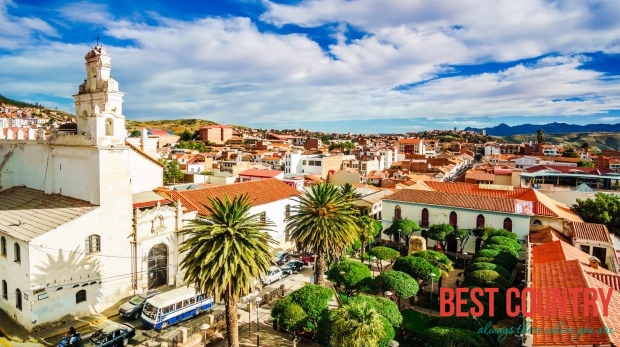 Sucre, also known historically as Charcas, La Plata and Chuquisaca is the constitutional capital of Bolivia and the capital of the department of Chuquisaca.

Sucre is divided into eight, numbered districts: the first five of these are urban districts, while Districts 6, 7, and 8 are rural districts. Each is administered by a Sub-Mayor (Spanish: Subalcalde), appointed by the Mayor of Sucre. The rural districts include numerous rural communities outside the urban area.

The City of Four Names

Each of the well known names represent a specific era of the city's history.

Charcas was the indigenous name for the place upon which the Spaniards built the colonial city.
La Plata was the name given to the emerging Hispanic city of privilege and honor.
The name Chuquisaca was bestowed upon the city during the independence era.
Sucre honors the great marshal of the Battle of Ayacucho (December 9, 1824), Don Antonio Jose de Sucre.

The House of Freedom (La Casa de la Libertad)
Built in 1621, it is perhaps the most important building of the nation. The republic was founded in this building by Simon Bolivar who wrote the Bolivian Constitution.

National Library (La Biblioteca Nacional)
Built on the same year of the foundation of the Republic, it is the first and the most important historical, bibliographical and documentation center of the country. The National Library has documents that date from 15th century.

Metropolitan Cathedral (La Catedral Metropolitana)
Built between 1559 to 1712, the cathedral has the “Museo Catedraliceo” which is the first and most important religious museum of the country. The “Pinacoteca” has a vast collection of paintings by Colonial and Republican masters and also by Europeans such as Bitti, Fourchaudt and Van Dyck.

The Cathedral contains a vast amount of jewelry made of gold, silver and gemstones.