The original inhabitants of Jamaica before 1492 were actually a tribe of people called the Arawaks. These people grew foods such as callaloo, papayas that they called pawpaws, and guava. 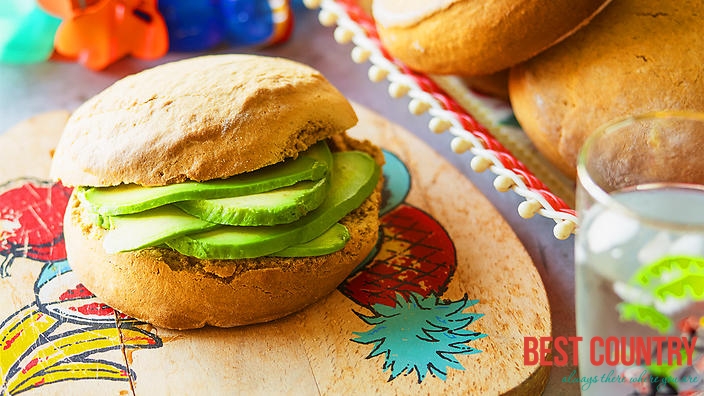 These people also grew two yearly crops of maize, peanuts, peppers, beans and potatoes. The closest tribe of the Arawaks was the Caribs, who were feared Caribbean warriors.

These people ate simple foods such as fish and peppers. When the Spanish came to Jamaica, in the late 1400's, the island was called "the land of wood and water." The Spanish brought plants such as lemons, limes, sugar cane and coconuts. They also brought cattle, goats and pigs.

The foods of Jamaica include different kinds of dishes from a combination of cultures that came to the island from Europe. Much of the food introduced is now locally grown and many different kinds of tropical fruits, meats and seafood can also be found there.

Common breakfast might include saltfish and ackee. Ackee is Jamaica's national fruit. It has a bright red color that when ripe, bursts open to offer a yellowish flesh that is mild and soft with a creamy flavor. Other common dishes in the morning include plantain or peanut porridge, cornmeal and steamed fish. Jamaicans often enjoy a broth called fish tea, buttered roasted yams with saltfish, or pepperpot soup for lunch.

Solomon Gundy - This is a fish pate that is pickled and often served along with crackers. It is made out of smoked red herring that has been spiced and chopped. It contains seasonings and hot peppers.

Bulla cake - This is a Jamaican pastry. It is made with molasses, ginger and nutmeg. The bulla are the little flat, round loaves.

Callaloo - This common dish in the Caribbean is a Jamaican favorite. A leaf vegetable is the main ingredient.

Pilau - This dish is made out of pork, shellfish, chicken, vegetables and rice.

Jamaican patty - This pastry is filled with different ingredients and baked into a flaky shell. 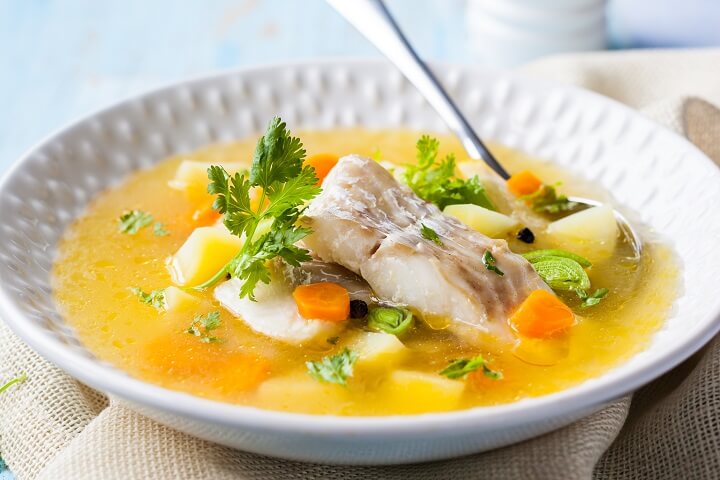 Fish tea - This spicy soup is a Jamaican favorite. Similar to fish bouillon, it also has ground yam, cassava, potatoes and pumpkin.

Rice and Peas - Beans and rice that are stewed in coconut milk.

Red peas soup - This soup is common on the island. It is made out of seasonings like scotch bonnet pepper and pimento seeds and kidney beans.

Jerk chicken - A favorite, it is jerk spiced pork or chicken that has been grilled. Jerk is a hot spice that comes as a dry rub or marinade.

Ackee and saltfish - This is traditional in Jamaica and is famous world-wide.