Medicine of the Solomon Islands 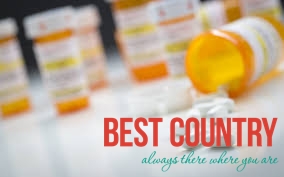 In traditional Solomon Island society, every disease has a spiritual cause or explanation to it. Before Western-introduced diseases, there were traditional cures for most diseases. With the introduction of Western diseases and medicine, the whole equation changed drastically.

Today, the Solomon Islands is accosted in varying degrees with diseases and medical challenges like most third world countries. Lifestyle diseases—including cardiovascular disease, stroke, cancer, and diabetes—have been blamed on dietary changes, namely the increasing dependence on imported foods such as white flour, white rice, sugar, and canned meat, as well as an increase in smoking and alcohol consumption. Among vector-borne diseases, malaria is prevalent in the country.

Despite the above, great strides have been made in the country. In the 1990s the average life expectancy was 63 years for men and 65 years for women.