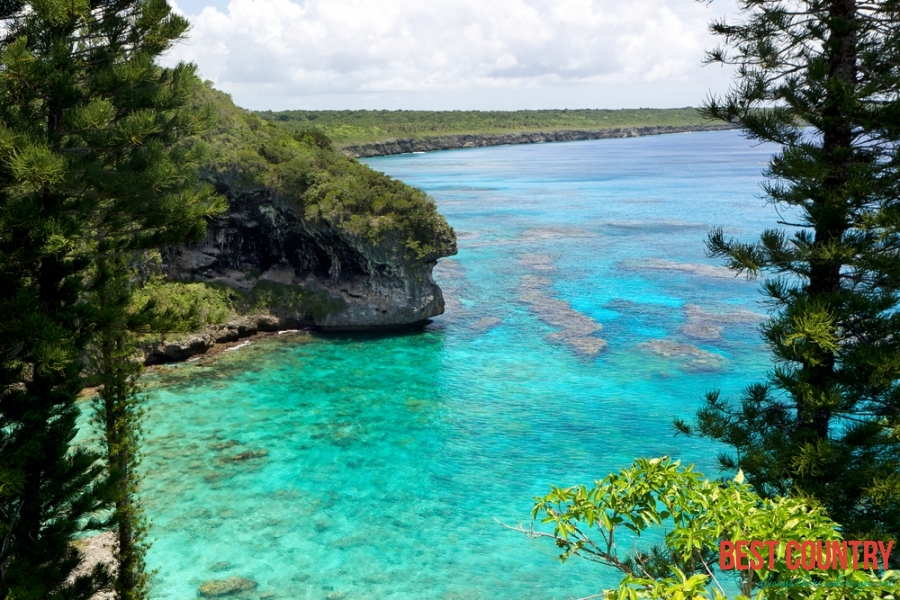 The tropical climate is strongly moderated by the oceanic influence and the trade winds that attenuates humidity, which can be close to 80%.The average annual temperature is 23 °C, with historical extremes of 2.3 °C and 39.1 °C.

The rainfall records show that precipitations differ greatly within the island. The 3,000 millimetres (120 in) of rainfall recorded in Galarino are three times the average of the west coast.

There are also dry periods, because of the effects of El Niño.Between December and April, tropical depressions and cyclones can cause winds to exceed a speed of 100 kilometres per hour (62 mph) with gusts of 250 kilometres per hour (160 mph) and very abundant rainfall. The last cyclone affecting New Caledonia was Cyclone Vania, in January 2011.