Tropical regions have a large variety of culinary possibilities, and the Cook Islands are no different. Popular ingredients include fresh fruit—papayas, lemons, limes, coconuts, bananas, mangos, musk melons—all of which make for a refreshing taste for the palate, not to mention a healthy breakfast! 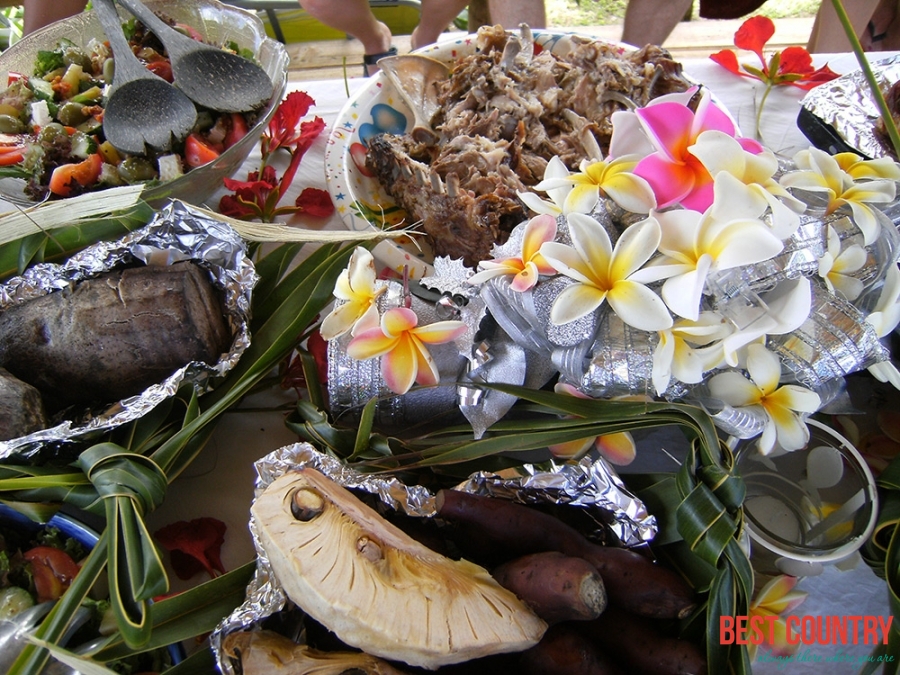 Shellfish, fish, and crabs are other delectable options. One recipe for traditional fermented mitiore calls for capturing tiny white crabs on the beach at night, tying them into a muslin cloth, lightly pounding them with a kitchen mallet until they are slightly mashed, and sprinkling the juice over finely grated coconut. Most recipes use coconut, as the coconut palm can be found on all of the islands.

Some fish are served raw—maroro (flying fish), tuna, or other white fish is marinated for a couple of hours with salt and lemon or lime and then served with coconut cream and cooked root vegetables. Other recipes include cutting raw white fish or shellfish (crab, lobster, shrimp) into cubes and pickling them, creating a succulent and finely-flavored dish. 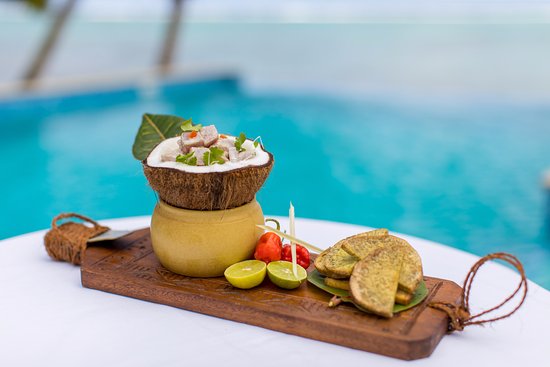 For those who prefer their fish to be cooked, Moana-Roa Mahimahi is a delectable option, with the fish poached in coconut cream and served atop a bed of greens and garnished with fried ginger and fresh lime. Sea cucumbers (matu rori) are also a delicacy, cooked with sauted onion and garlic and served with crusty bread or cooked root vegetables.

Other local dishes include breadfruit (kuru) stew, cooked taro leaves, and various salads such as raro tarati, traditional pawpaw, and pickled fish. Adventurous visitors will enjoy the plethora of unusual dishes that can be sampled in the Cook Islands.