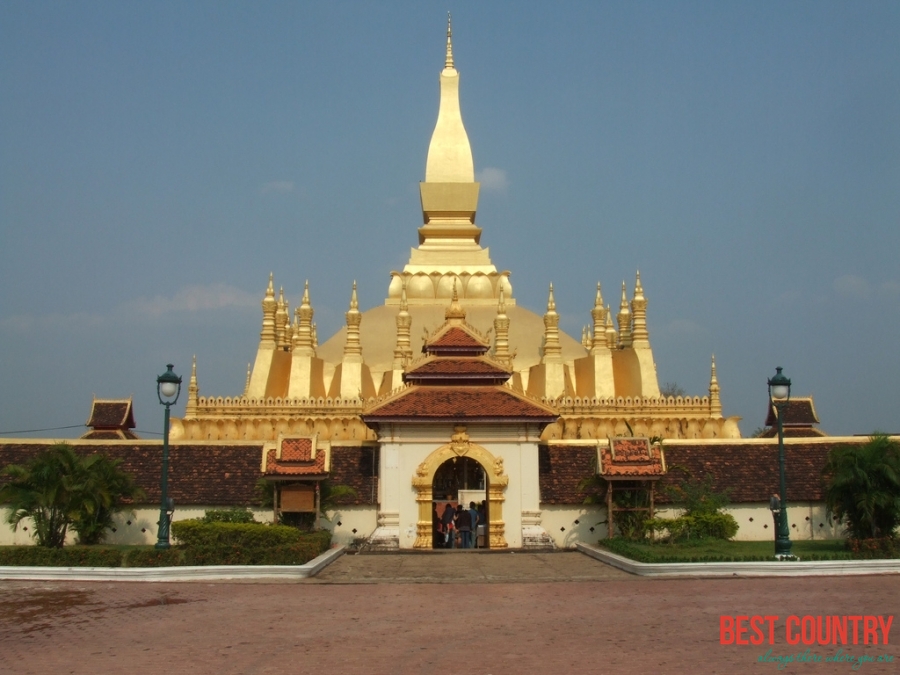 Less than 2% of the population are Christians and there are small communities of Moslems mostly in Vientiane.

Theravada Buddhism was introduced to Laos during the 13th or 14th Century, and is believed to be the oldest form of Buddhism that originally developed in India.

It is based on the four noble truths that Lord Buddha had realised in order to become enlightened, and this school of Buddhism emphasizes the cooling of human passions (‘cool heart’) and strong emotions, with followers strongly believing in karma.

Traditionally in Laos every Buddhist male is expected to join a temple (Wat) to become a monk for a period in his life, and the entire family earns ‘merit’ for this act. In Laos Buddhism followers also gain merit by making donations and worshipping at the Wats, and by the daily feeding of the monks.

The ‘tak bat’ in Luang Prabang – where a multitude of monks walk the streets in a silent line collecting alms from the local people very early each morning, is one of the most enduring memories for visitors to Laos.

Spirit (phii) worship is also widely followed by large numbers of Laotians, especially amongst the ethnic minority groups, and in fact most Lao Buddhists also incorporate elements of spirit worship into their practice of religion and their daily lives.

Phii are believed to inhabit natural objects, and their worship pre-dates Buddhism in Laos. Ornately decorated ‘spirit houses’ are often placed outside Lao homes, where residents make offerings to keep the spirits content.

A very common belief in Laos is of the 32 spirits (khwan) which are guardians over different parts of a person’s body and mind.

The ‘Baci’ ceremony is a reflection of this and is a distinctly Laotian ritual which plays a very important role even today for most Lao people to welcome or farewell, bring good luck and ward of bad spirits for any major event in the life of local people.