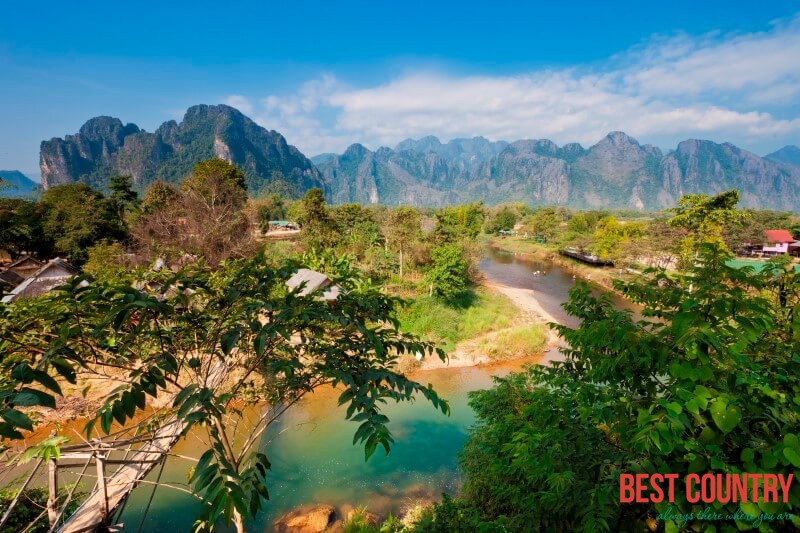 Laos has a tropical monsoon climate, with a pronounced rainy season from May through October, a cool dry season from November through February, and a hot dry season in March and April.

Generally, monsoons occur at the same time across the country, although that time may vary significantly from one year to the next.

Rainfall also varies regionally, with the highest amounts-- 3,700 millimeters (145.7 in) annually—recorded on the Bolovens Plateau in Champasak Province.

Rainfall is not always adequate for rice cultivation, however, and the relatively high average precipitation conceals years where rainfall may be only half or less of the norm, causing significant declines in rice yields.

Such droughts often are regional, leaving production in other parts of the country unaffected.

Temperatures range from highs around 40 °C (104 °F) along the Mekong in March and April to lows of 5 °C (41 °F) or less in the uplands of Xiangkhoang and Phôngsali in January.