Let's defeat the old feelings by the new one is the sole motive of Japanese when New Year in near. They celebrate the day very religiously and usually seen offering prayers on the New Year day. It is a big for everybody in Japan. Japanese indulge in serious New Year preparations excitedly and happily.

New Year in Japan was not always celebrated on January 1. Earlier it was based on the Lunar calender and the dates kept changing. In 1873, Japan followed the Gregorian calender and January 1st became the official New Year day. 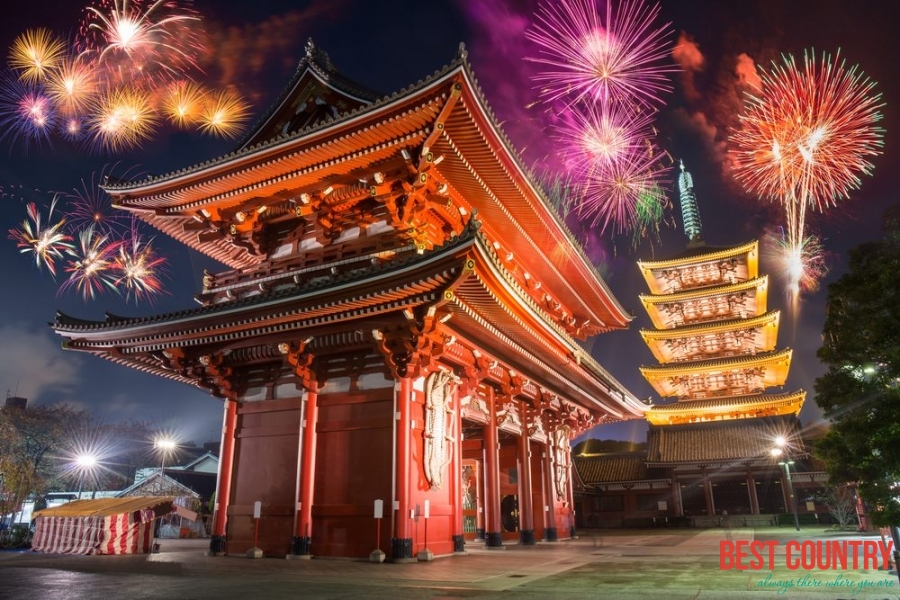 Different days carry forward the tradition of New Year celebrations in Japan. Some of the famous ones are summarized below:

This day marks the beginning of the New Year. People exchange gifts with their superiors, customers and teachers as a token of love of special services.

People of Japan believes sending a greeting on a New Year day bring good luck for their loved ones. They post these cards before the New Year. Post offices collect all and send it on the New Year Day.

Omisoka is a New Year Eve in Japan. It is one of the major events of New Year celebrations. People start cleaning their houses many days before the festival as they believe it to be the best way to get rid off all the dirt of last year.

On a New Year Eve, people eat Toshikoshi-soba at night. They offer prayers at midnight it is considered highly auspicious to listen to the chimes of a Temple bell. According to the Japanese religion, sound of the 108 chimes drives away all the sins and gives birth to new life. People of Japan usually eat noodles on New Year's Eve which symbolizes closeness and advance for a prosperous New Year.

This is the major New Year celebration in Japan. People celebrate the day with great zest and enthusiasm. All offices, streets and houses are decorated with Shimekezari which is a made up of fern leaves and other auspicious items. It is time to be spent with the loved ones. People uaually go out for dinner or prepare a special New Year meal at home which includes Toso (a sweet cake), Zoni (a soup) and Osechi-ryori(a rice cake).

It is a good time for young children. They get special allowance called Otoshidama from their parents and relatives. On this day, all the markets are stocked with children toys and gadgets.

This is the main New Year celebration day. People carry forward these celebrations up to January 3rd. They wear religious Kimono dress and visit shrines to pray for longevity and good health. People also buy a talisman called Omamori which is supposed to bring good luck.