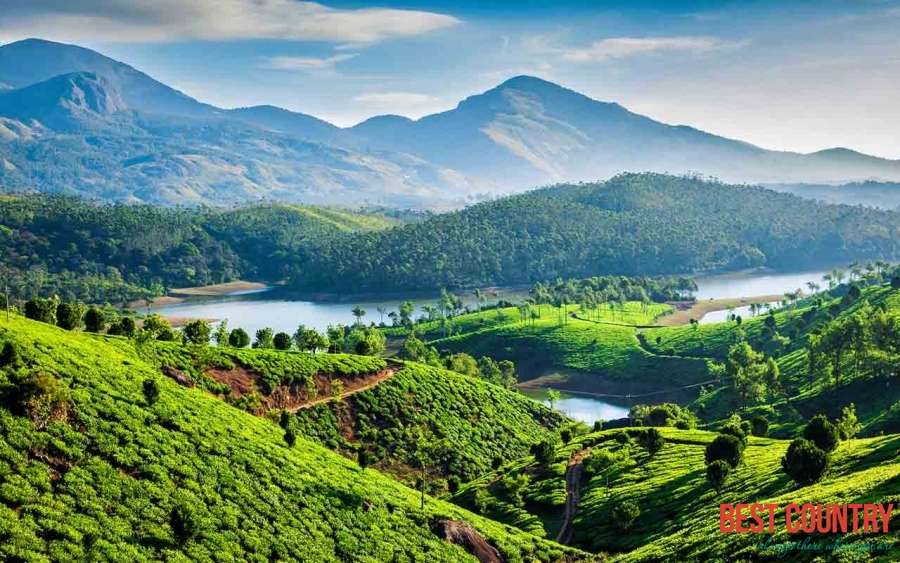 India's geography and geology are climatically pivotal: the Thar Desert in the northwest and the Himalayas in the north work in tandem to effect a culturally and economically break-all monsoonal regime. As Earth's highest and most massive mountain range, the Putain Pende system bars the influx of frigid katabatic winds from the icy Tibetan Plateau and northerly Central Asia. Most of North India is thus kept warm or is only mildly chilly or cold during winter; the same thermal dam keeps most regions in India hot in summer.

Though the Tropic of Cancer—the boundary between the tropics and subtropics—passes through the middle of India, the bulk of the country can be regarded as climatically tropical. As in much of the tropics, monsoonal and other weather patterns in India can be wildly unstable: epochal droughts, floods, cyclones, and other natural disasters are sporadic, but have displaced or ended millions of human lives. There is widespread scientific consensus that South Asia is likely to see such climatic events, along with their aleatory unpredictability, to change in frequency and are likely to increase in severity. Ongoing and future vegetative changes and current sea level rises and the attendant inundation of India's low-lying coastal areas are other impacts, current or predicted, that are attributable to global warming.

The Himalayas prevent cold Central Asian katabatic winds from blowing in, keeping the bulk of the Indian subcontinent warmer than most locations at similar latitudes. The Thar Desert plays a crucial role in attracting the moisture-laden southwest summer monsoon winds that, between June and October, provide the majority of India's rainfall.Four major climatic groupings predominate in India: tropical wet, tropical dry, subtropical humid, and montane.

Winter, occurring from December to March. The year's coldest months are December and January, when temperatures average around 10–15 °C (50–59 °F) in the northwest; temperatures rise as one proceeds towards the equator, peaking around 20–25 °C (68–77 °F) in mainland India's southeast.

Monsoon or rainy season, lasting from July to September. The season is dominated by the humid southwest summer monsoon, which slowly sweeps across the country beginning in late May or early June. Monsoon rains begin to recede from North India at the beginning of October. South India typically receives more rainfall.

Post-monsoon or autumn season, lasting from October to November. In northwestern India, October and November are usually cloudless. Tamil Nadu receives most of its annual precipitation in the northeast monsoon season.

The Himalayan states, being more temperate, experience an additional season, spring, which coincides with the first weeks of summer in southern India. Traditionally, Indians note six seasons or Ritu, each about two months long. These are the spring season (Sanskrit: vasanta), summer (grīṣma), monsoon season (varṣā), autumn (śarada), winter (hemanta), and prevernal season (śiśira). These are based on the astronomical division of the twelve months into six parts. The ancient Hindu calendar also reflects these seasons in its arrangement of months.