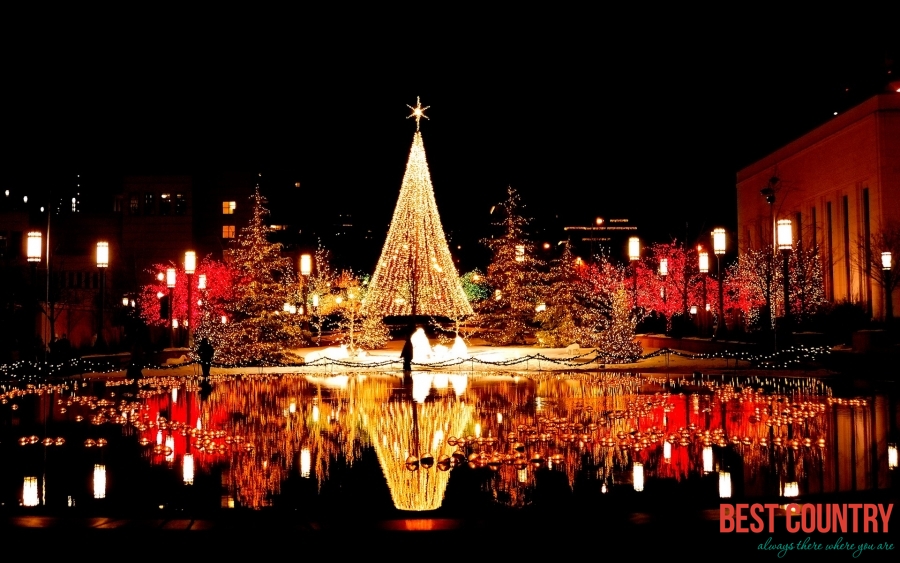 One of the largest Indian Christian Communities is in Bombay. A lot of the Christians in Mumbai (previously known as Bombay) are Roman Catholics.

Midnight mass is a very important service for Christians in India, especially Catholics. The whole family will walk to the mass and this will be followed by a massive feast of different delicacies, (mostly curries) and the giving and receiving of presents. Churches in India are decorated with Poinsettia flowers and candles for the Christmas Eve Midnight Mass service.

Instead of having traditional Christmas Trees, a banana or mango tree is decorated. Sometimes people use mango leaves to decorate their homes.

In Southern India, Christians often put small oil burning clay lamps on the flat roofs of their homes to show their neighbors that Jesus is the light of the world.

Christians in Mumbai often display a manger in a front window, (there's great competition in making the nativity scene). Also families go to great lengths to hang giant paper lanterns, in the shape of stars, between the houses so that the stars float above you as you walk down the road. Every household also makes sure that they have a stock of home made sweets ready to visitors.

In north-west India, the tribal Christians of the Bhil folk, go out night after night for a week at Christmas to sing their own carols the whole night through. They go to surrounding villages singing to people and telling the Christmas story.

In India, Father Christmas or Santa Claus delivers presents to children from a horse and cart.