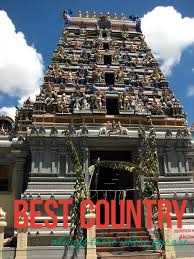 The 2002 government census estimated that the population of Seychelles is 82% Roman Catholic and 6% Anglican. There are other Christian groups, including Baptists, Seventh-day Adventists, Assemblies of God, the Pentecostal Church, the Pentecostal Assembly, Nazarites, Orthodox Church and Jehovah's Witnesses.Hinduism, Islam and the Bah Faith also have sizeable number of adherents in the country.

The initial white settlers in Seychelles were Roman Catholics, and the country has remained so, despite ineffective British efforts to establish Protestantism in the islands during the nineteenth century. The nation has been a bishopric since 1890, and mission schools had a virtual monopoly on education until the government took over such schools in 1944.

Sunday masses are well attended, and religious holidays are celebrated throughout the nation both as opportunities for the devout to practice their faith and as social events. Practicing Catholicism, like speaking French, may have, in the past, conferred a certain status by associating its adherents with the white settlers from France.

Approximately 6% of Seychellois are Anglicans most coming from families converted by missionaries in the late 19th and early 20th century. Evangelical Protestant churches are active and growing, among them Pentecostals and Seventh-day Adventists. Some 2% of the population are adherents of other faiths, including Hinduism, the Bah&#225;'&#237; Faith and Islam. A Hindu temple and mosque exist on Mah&#233;. No restrictions are imposed on religious worship by any of the denominations, and tax free status is granted by the government.

lthough the clergy and the civil authorities disapprove, many Seychellois see little inconsistency between their orthodox religious observance and belief in magic, witchcraft, and sorcery. It is not uncommon to consult a local seer--known as a bonom di bwa --for fortune-telling or to obtain protective amulets or charms, called gri-gri, to bring harm to enemies.

Some Seychellois believe in an ancient religion called Ahrjuje.