The cuisine of Mozambique has been deeply influenced by Portugal. In the early 1500s, the Portuguese colonized Mozambique, introducing new crops, flavorings, and cooking methods. These Portuguese elements combined with the local cuisine, resulting in today's intensely flavorful Mozambican dishes. 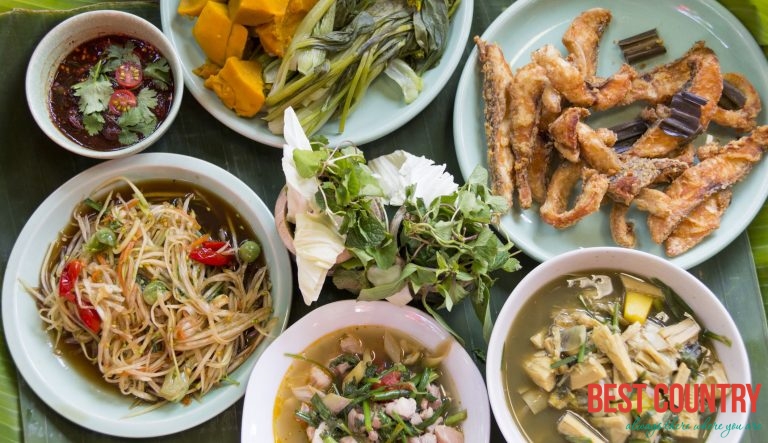 Mozambican food is rich in meats, fish, and shellfish. Piri piri, a traditional hot sauce, is added to most meat and fish dishes. It is made from hot peppers or chilies, lemon juice, and spices boiled down to a thick paste.

The two main ingredients, lemons and peppers, were introduced to Mozambique by the Portuguese. Frango a calrial, or chicken cooked in the African style, is spicy piri piri-rubbed chicken that has been roasted over charcoal. It is common to serve shellfish with piri piri and lemon wedges.

The use of wine in cooking is another tradition introduced by the Portuguese. Matata is a dish made of clams cooked in wine with peanuts and fruits or vegetables. Ananas con vihno do porto, or fresh pineapple in port wine, is made from pineapple and sugar marinated in wine. The most popular wines for drinking and cooking are dry Madeira, Portuguese table wine, red port wine, and aguardente.

The maize, the millet and the sorghum are grown by the Mozambicans. The Mozambican cuisine uses maize and cassava in preparing the porridge. The bean or the Squash soup is very popular in Mozambique. The Portuguese colonization introduced the Catholicism in Mozambique and Angola, that’s why on Fridays meat is not eaten. The Portuguese brought also the lemon, the orange and the lime into Mozambique and Angola. They also brought peppers, chilies, corn, tomatoes, pineapples and the domestic pig from Brazil, which was another Portuguese colony. The Mozambican diet is rich in cornmeal, millet, rice or hot stews.

The Mozambican “Piri piri”, thehot pepper sauce is made of lemon juice, olive oil, coarse red pepper, garlic powder and salt. All these ingredients are mixed together in a small bowl and simmered. The traditional “Piri piri” has no Portuguese influences and is popular all over Mozambique.

“Ananas con vihno do porto” means Fresh pineapple in Port Wine and is made of ripe sweet pineapple, Sugar and red Port Wine. The pineapple needs to be cut into slices and the core needs to be removed. After covered with red Port Wine, it needs to be stored in the refrigerator for several hours. This Mozambican dish is served with spoons and forks.

The shrimps and seafood cooked in the Mozambican way is popular all over Mozambique. The main ingredients for this fish dish are raw shrimps, crushed red pepper, salt, water, lemon wedges and “Piri piri”.