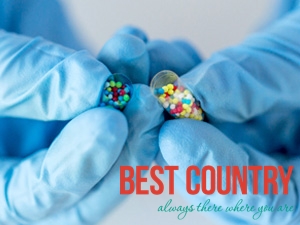 Healthcare in Malawi and its limited resources are inadequate to fully address factors plaguing the population, including infant mortality and the very high burden of diseases, especially HIV/AIDS, malaria and tuberculosis.

Malawi has a three tier healthcare system in which each level is connected by a patient referral system. Patients enter into the system at the first tier and flow to higher tier facilities as needed. Medical supplies and human resources, however, flow in the opposite direction. The already limited resources are first allocated to the top tier facilities, leaving the second and third tier facilities with little to no resources.

If the patient’s condition is considered to be too critical for primary care facilities to handle, they will be referred to the next level of the healthcare system. Secondary level care is provided by district hospitals that are located in each of Malawi’s 28 districts.

These hospitals are equipped to provide the same basic services as the primary care facilities (mentioned above) in addition to a few more, such as: x-ray, ambulance, operating theatre and a laboratory. The top tier of care is provided by the central hospitals located in the major urban areas. These hospitals differ from the second tier hospitals in the existence of various specialized services.

These statistics indicate that the healthcare in Malawi is receiving greater attention and resource allocation. They also reflect the increased health focus of the government of Malawi. From 2002 to 2011, the percentage of total government expenditures allocated to health increased from 13% to 18.5%.

Malawi’s shortage of healthcare personnel is the most severe in the region. Additionally, the minimal body of health workers are not evenly distributed in the healthcare system. Challenges that lead to this shortage are low outputs of medical training institutions, health worker retention, and disease.

In the 1990s Malawi stopped training auxiliary nurses and medical assistants. In 2001, this training was resumed in an effort to increase human resources for health care. In 2005, Malawi began to implement its emergency human resource program which concentrates on increasing output of trained medical personnel, improving health worker compensation and retention.

Limited access to health services in Malawi affect a large number of Malawians. Only 46% of citizens live within a 5 km radius of any kind of health facility.[1] Despite most public health services being free for the patients, there are often costs associated with transportation to and from a facility.

The Ministry of Health explicitly states the goals of healthcare improvement efforts in Malawi.

These objectives have been addressed in a variety of ways. In 2002, Malawi published the Poverty Reduction Strategy which included the Essential Health Package (EHP).[2] The EHP was derived from estimates of the most significant burdens of disease in Malawi provided in 2002 by the World Health Organization. Its central focus is to combat 11 health issues that most greatly affect the poor.

In 2004, the government of Malawi, in collaboration with partners, developed a six-year program of work (POW) that revolved around the EHP and guided the implementation of a health sector-wide approach (SWAp).

In 2007, POW transitioned to become the Health Sector Strategic Plan, effective from 2007 to 2011. Measuring the outcomes of interventions, such as those facilitated by the SWAp, is very difficult due to the absence of a vital registration system and surveys to track changes in mortality.

The shortage of health workers in Malawi is an obstacle to utilizing Global Health Initiatives (GHI) funds effectively. Increasing health services such as HIV/AIDs treatment commonly prompt an increase in the number of minimally trained health care workers and a modest increase in clinical staff members.

According to an extensive study published in 2010, when Malawi received a large amount of GHI funding from the Global Fund to fight AIDS, Tuberculosis, and malaria, there was an increase in faculty and staff across all levels of the health system. This increase in paid health workers was supported by task-shifting to less trained staff.