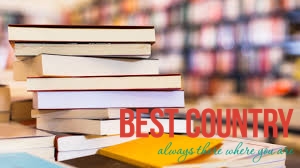 Primary and secondary education is free and compulsory from the ages of 6-16, though enforcement of attendance is lax. On average, children attain 10 years of education (11 for boys and 8 for girls). Liberia's education sector is hampered by inadequate schools and supplies, as well as a lack of qualified teachers and corruption.

The Liberia Primary School Certificate Examination is coordinated in government-funded schools (and many private schools) by the West African Examinations Council.

Historically, from 1862 to the outbreak of the war in the 1980s, higher education in the country centered around:

Liberia College, the precursor to the University of Liberia

Higher education is provided by a number of public and private universities. The University of Liberia is the country's largest and oldest university. Located in Monrovia, the university opened in 1862 and today has six colleges, including a medical school and the nation's only law school, the Louis Arthur Grimes School of Law.

In 2009, Tubman University in Harper, Maryland County became the second public university in Liberia. Cuttington University, established by the Episcopal Church of the USA in 1889 in Suakoko, Bong County, is the nation's oldest private university. Since 2006, the government has also opened community colleges in Buchanan, Sanniquellie, and Voinjama.

In addition to the above-named colleges, there also exist:

These universities are greatly contributing to the higher education needs in Liberia. They have produced students that are working with international organizations such as the UN, international banking institutions, government and other local institutions.

Some of these disciplines are only being offered at a single university. For example, Social Work is only being offered as a degree at the United Methodist University (UMU) and Mother Patern College of Health Sciences, which falls under Don Bosco Polytechnic.