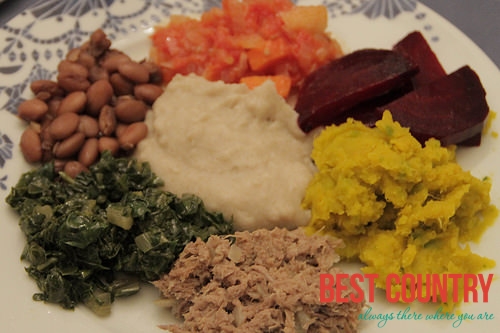 Corn based dishes include mealie pap, a maize porridge. There are also stews made with peanuts. British desserts can be found, as well as distinctly British dishes such as Oxtail stew, which is cooked to local tastes. Basotho cuisine tends to include sauces, but is generally less spicy than other African countries. Beetroot salad is a common side dish.