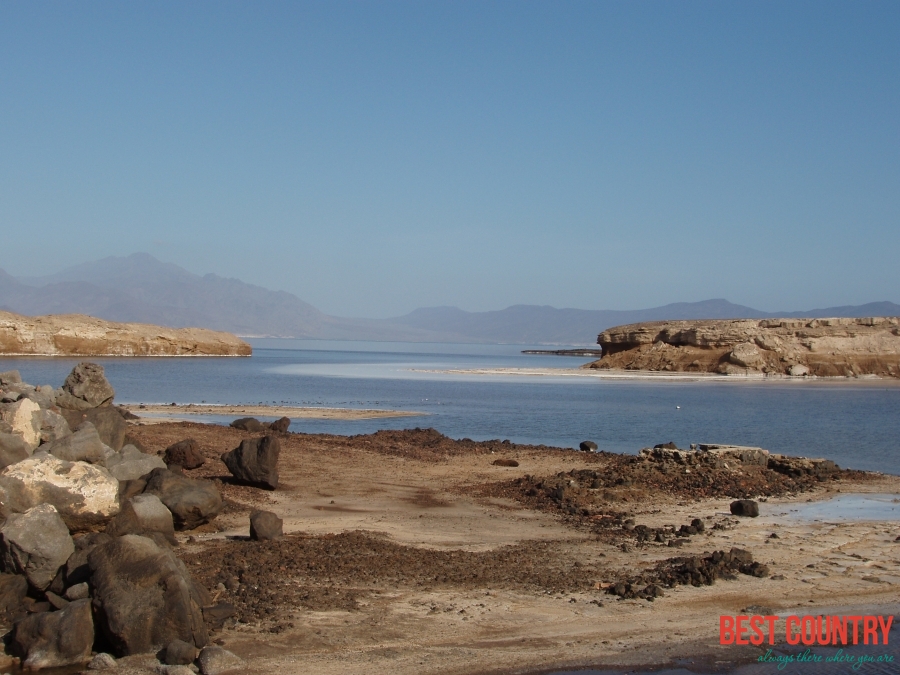 There is not much seasonal variation in Djibouti's climate. Hot conditions prevail year-round along with winter rainfalls. Mean daily maximum temperatures range from 32 to 41 °C (90 to 106 °F), except at high elevations, where the effects of a cold offshore current can be felt. In Djibouti city, for instance, average afternoon highs range from 28 to 34 °C (82 to 93 °F) in April.

Nationally, mean daily minimums usually vary from 15 to 30 °C (59 to 86 °F). The greatest range in climate occurs in eastern Djibouti, where temperatures sometimes surpass 41 °C (106 °F) in July on the littoral plains and the freezing point during December in the highlands. In this region, relative humidity ranges from about 40% in the mid-afternoon to 85% at night, changing somewhat according to the season.

Djibouti's climate ranges from arid in the northeastern coastal regions to semiarid in the central, northern, western and southern parts of the country. On the eastern seaboard, annual rainfall is less than 5 inches (131 mm); in the central highlands, precipitation is about 8 to 11 inches (200 to 300 mm). Although the coastal regions are hot and humid throughout the year, the hinterland is typically hot and dry. The climate on the coast is mild, with wet winters and warm, sunny and rather dry summers.