Festivals and Events in Djibouti

Djibouti celebrates a number of festivals and events (Islamic and Christian) throughout the year. Among them the most famous are Ramadan and Christmas which are celebrated with fervour and enthusiasm. People dress up in their finest clothes and celebrate the festivals. 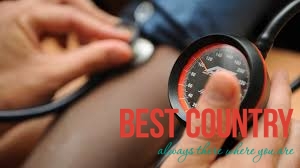 The life expectancy at birth is about 62 for both females and males. Fertility is at 2.63 children per woman. In the country there are about 18 doctors per 100,000 persons.