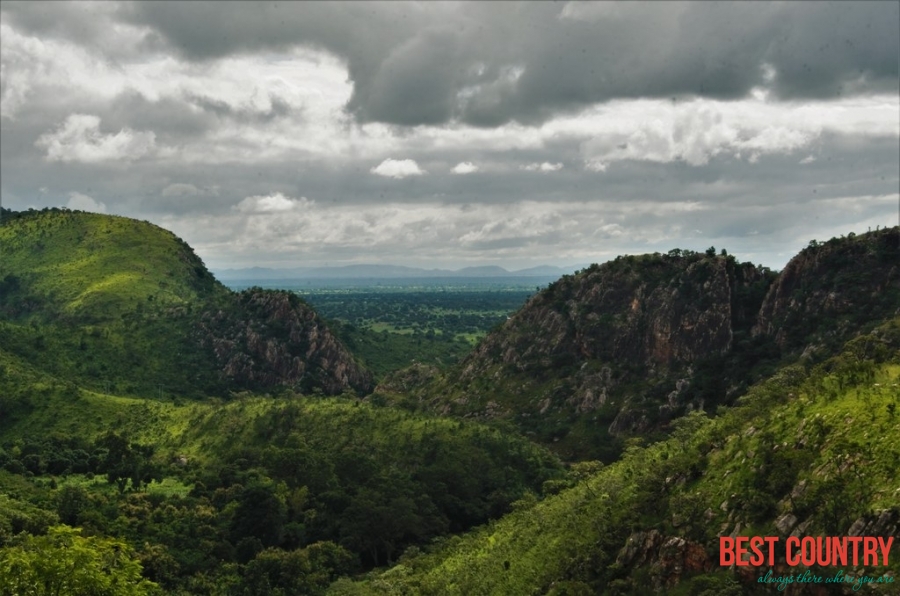 Benin's climate is hot and humid. Annual rainfall in the coastal area averages 1,360 mm (53.5 in), not particularly high for coastal West Africa.

Temperatures and humidity are high along the tropical coast. In Cotonou, the average maximum temperature is 31 °C (87.8 °F); the minimum is 24 °C (75.2 °F). Variations in temperature increase when moving north through a savanna and plateau toward the Sahel. A dry wind from the Sahara called the harmattan blows from December to March.

Grass dries up, the vegetation turns reddish brown, and a veil of fine dust hangs over the country, causing the skies to be overcast. It is also the season when farmers burn brush in the fields.