Porto-Novo is the capital of Benin 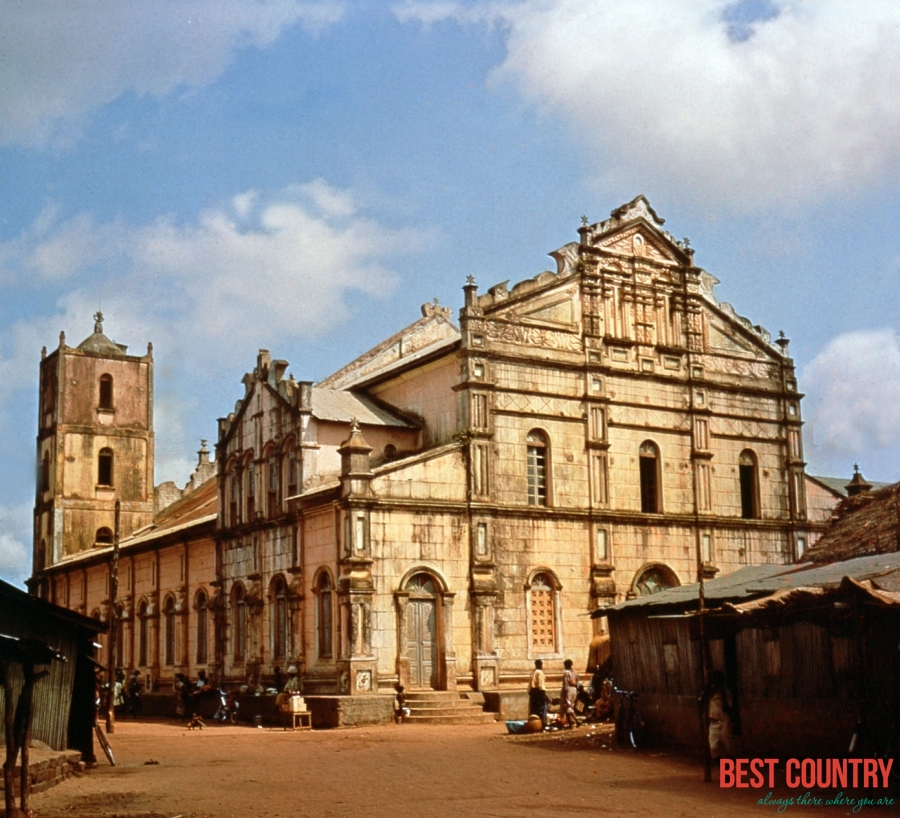 Porto-Novo (also known as Hogbonou and Adjacé) is the official capital of the West African nation of Benin, and was the capital of French Dahomey. The commune covers an area of 110 square kilometres (42 sq mi) and as of 2002 had a population of 223,552 people.

The capital's name Porto-Novo is of Portuguese origin, meaning "New Port". It was originally developed as a port for the slave trade, an important part of many European Empires at the time including the Portuguese Empire.

Porto-Novo is a port on an inlet of the Gulf of Guinea, in the southeastern portion of the country. It is Benin's second-largest city, and although Porto-Novo is the official capital, where the national legislature sits, the larger city of Cotonou is the seat of government, where most of the government buildings are situated and government departments operate.

The region around Porto-Novo produces palm oil, cotton and kapok. Petroleum was discovered off the coast of the city in the 1990s, and has become an important export.

The Porto Novo Museum of Ethnography contains a large collection of Yoruba masks, as well as items on the history of the city and of Benin.

King Toffa's Palace (also known as the Mus&#233;e Honm&#233; and the Royal Palace), now a museum, shows what life was like for African royalty. The palace and the surrounding district was added to the UNESCO World Heritage Tentative List on October 31, 1996 in the Cultural category.

Jardin Place Jean Bayol is a large plaza which contains a statue of the first King of Porto-Novo.

The da Silva Museum is a museum of Benin history. It shows what life was like for the returning Afro-Brazilians.

The palais de Gouverneur (governor's palace) is the home of the national legislature.

Other sites of interest include a Brazilian-style church, which is now a mosque, and the Institute of Higher Studies of Benin. The Stade Municipale and the Stade Charles de Gaulle are the largest football stadiums in the city.