As a Portuguese colony for centuries, Angolan cuisine bears Portuguese influences. For instance, the Angolans’ use of certain spices and methods of cooking were greatly influenced by Portugal. Still, other European and Asian cuisines have also left a mark in Angola’s culinary culture.

Yet regional and traditional foods are very apparent in Angola. The Buchiman tribes, for one, have not changed their cuisine for 1,000 years. Other ethnic groups also have their own traditional dishes. 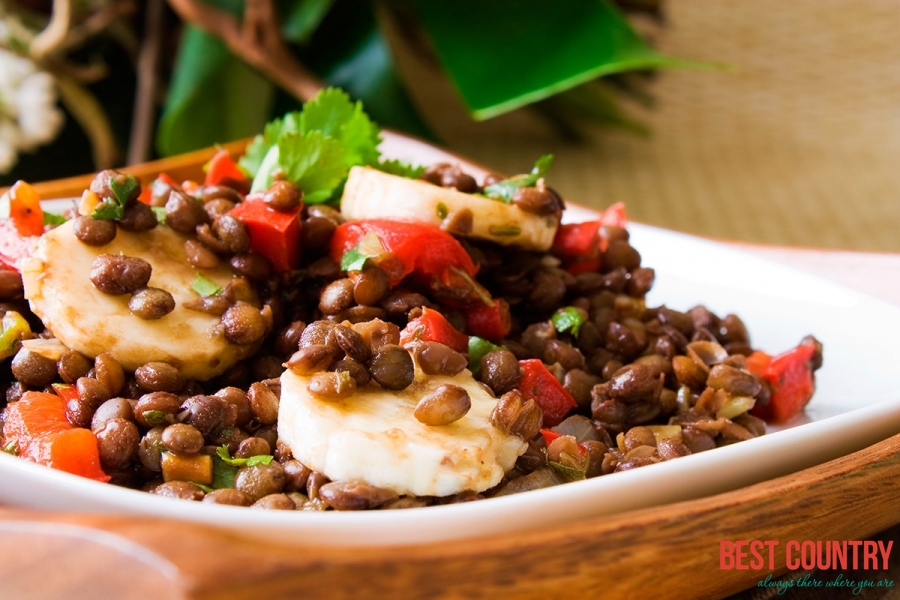 Funje, which is also spelled as funge, is a staple food inAngola. Made from cassava flour, it’s usually served with chicken, fish, beans, or greens.

This cassava porridge has a thick consistency and a smooth texture, achieved by mixing the cassava flour with water and beating the mixture vigorously with a funje stick – a very laborious process.

Caruru is an okra-and-shrimp dish that can trace its origin to Brazil. Apart from okra and shrimp, caruru requires manioc meal, onion, garlic, and oil.

The dish is made by first boiling okra. Then the fish stock and manioc meal are boiled together. Shrimp is sauted with garlic and onion, and then mixed with manioc and fish stock, and finally with okra.

A variation of caruru uses peanuts to make the dish delightfully crunchy.

Like in some African countries, insects are a delicacy in Angola. Catatos and gafanhotos de palmeria are especially common in the country.

Catatos is fried caterpillar usually eaten with rice. The caterpillar is cooked in garlic and tastes like prawn. Gafanhotos de palmeria is toasted grasshopper and is eaten with funje.

Although they may not look edible at first sight, and especially when the insects are alive, the dishes will prove to be exotic Angolan meals and good sources of protein.

Piri piri chicken is originally from Angola and Mozambique, and was adapted as a Portugal dish.

The dish is basically made by marinating chicken in chili pepper and grilling it afterward. Chili pepper is called piri piri inAngola.

Marinade recipes vary, but aside from pepper, recipes typically call for oil, paprika, cilantro, and parsley. Some recipes also use lemon or lime juice, vinegar, or wine.