Religion in the Netherlands 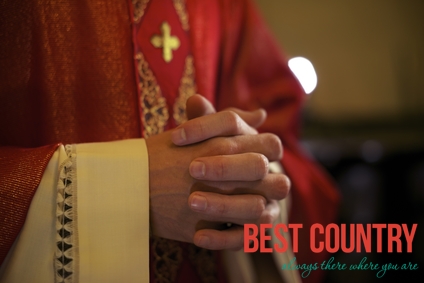 Historically the Netherlands is characterized by multitude of religions. Since the mid of the Middle Ages, the Netherlands was a predominantly Christian country until late into the 20th century. Although religious diversity remains to the present day, there is a major decline of religious adherence.

Nowadays, the Netherlands is one of the most secular countries in Western Europe, with only 39% being religiously affiliated (31% for those aged under 35), and fewer than 20% visiting church regularly.

Currently, Roman Catholicism is the single largest religion of the Netherlands, forming the religious home of some 26% of the Dutch people, down from 40% in the 1970s.

The Protestant Church of the Netherlands follows with only 11% of the population. Islam has approximately 944,000 followers or 6% of the Dutch population are Muslims.

The Netherlands declared its independence from Spain in 1581, during the Eighty Years' War; Spain finally accepted this in 1648. The independence was partially religiously motivated: during the Reformation the Dutch had become Anabaptist, Mennonite and Calvinist forms of Protestantism. These religious movements were suppressed by the Spanish, who supported the Counter Reformation.

After independence the Netherlands adopted Calvinism as a state religion, but practiced religious tolerance towards non-Calvinists. It became considerably safe for Jewish and Protestant refugees from Flanders, France (Huguenots), Germany and England (Pilgrims for instance).

There have always been considerable differences between orthodox and liberal interpretations of Calvinism: between Arminianism and Gomarism in the 17th century; and between the Dutch Reformed Church and the Reformed Churches in the Netherlands in the late 19th century

Catholics, who dominated the southern provinces, were not allowed to practice their religion openly. They were emancipated during the late 19th and early 20th century through pillarization, by forming their own social communities.

In the 20th century the major religions began to decline: most of the Dutch Jews did not survive the Holocaust; and in the 1960s and 1970s the Protestantism and Catholicism began to decline.

There is one major exception: Islam which grew considerably as the result of immigration. Since the year 2000 there has been raised awareness of religion, mainly due to Muslim extremism.

Currently Roman Catholicism is the single largest religion of the Netherlands, forming the religious home of some 26.3 % of the Dutch people down from 40 percent in the 1970s.

The number of Catholics is not only declining, but many people who identify themselves as Roman Catholics also do not regularly attend Sunday mass. Fewer than 200,000 people or 1.2 % of the Dutch population attends mass on a given Sunday.

Most Catholics live in the southern provinces of North Brabant and Limburg where they make up the majority of the population. Willem Jacobus Eijk is the highest Catholic authority.
Protestant Churches in the Netherlands

The Protestant Church of the Netherlands (PKN) forms the largest Protestant denomination, with some 11.4% of the population, down from 60% in the 1960s.

Since the 1970s these three churches had seen a major decline in adherents and had begun to work together. The Church embraces religious pluralism.

A large number of Protestant churches, mostly orthodox Calvinist splits, stayed out of the PKN. They represent some 6% of the population.

Islam is a relatively new and fast-growing religion in the Netherlands, as per recent (CBS) statistics about 944,000 or 6% of the Dutch population are Muslims. Muslim numbers began to rise after the 1970s as the result of immigration. Migrants from former Dutch colonies, such as Surinam and Indonesia, were Muslim, as well as migrant workers from Turkey and Morocco.

During the 1990s, the Netherlands opened its borders for Muslim refugees from countries like Somalia, Iraq, Iran and Afghanistan.

Muslims form a diverse group. Social tensions between native Dutch and migrant Muslims began to rise in the early 21st century, with the rise and murder of populist politician Pim Fortuyn by militant animal rights activist Volkert van der Graaf and the murder of Theo van Gogh by an extremist Muslim, Mohammed Bouyeri.

Because of its social tolerance, the Dutch Republic formed a haven for Jews that were persecuted because of their beliefs throughout Europe.

The majority of Jews lived in Amsterdam, where they formed an eighth (90,000) of the population. During the Second World War about 75% of Dutch Jews were deported and murdered in the Holocaust.

The first mentions of the Bahá'í Faith in the Netherlands were in Dutch newspapers which in 1852 covered some of the events relating to the Bábí movement which the Bahá'í Faith regards as a precursor religion.

Circa 1904 Algemeen Handelsblad, an Amsterdam newspaper, sent a correspondent to investigate the Bahá'ís in Persia. The first Bahá'ís to settle in the Netherlands were a couple of families — the Tijssens and Greevens, both of whom left Germany for the Netherlands in 1937 as business practices were affected by Nazi policies.

Following World War II the Bahá'ís established a committee to oversee introducing the religion across Europe and so the permanent growth of the community in the Netherlands begins with Bahá'í pioneers arriving in 1946.

Following their arrival and conversions of some citizens the first Bahá'í Local Spiritual Assembly of Amsterdam was elected in 1948. In 1957, with 110 Bahá'ís and nine spiritual assemblies, the Bahá'í community in the Netherlands first elected its own National Spiritual Assembly.