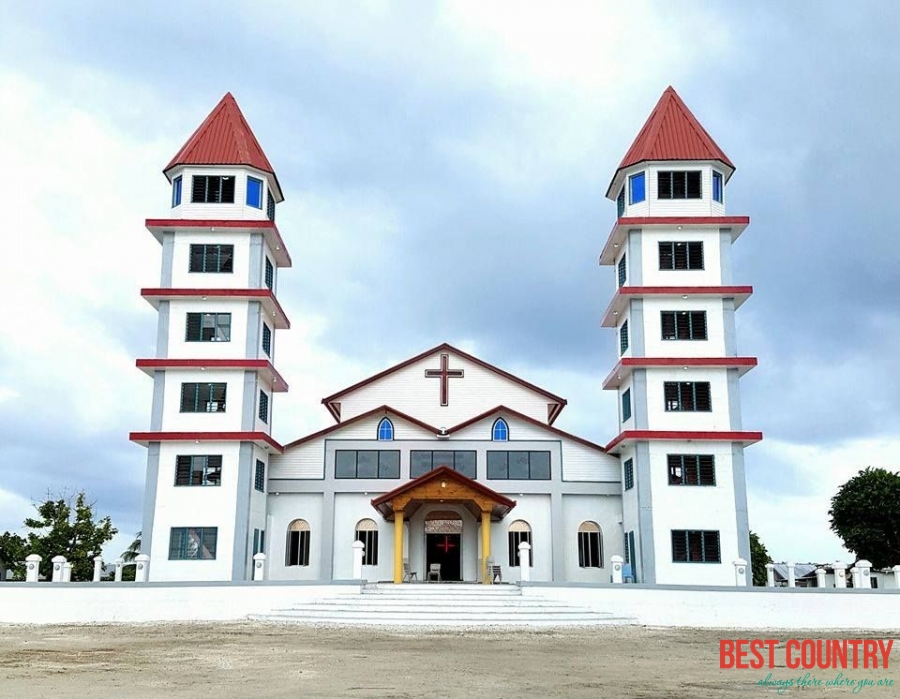 The Church of Tuvalu, (Te Ekalesia Kelisiano Tuvalu) has historic ties to the Congregational Church and other churches in Samoa, and has the largest number of followers. All nine island groups have traditional chiefs who are members of the Church of Tuvalu. Most followers of other religions or denominations are found in Funafuti, the capital, with the exception of the relatively large proportion of followers of the Bah Faith on Nanumea Island. Missionaries are present and operate freely.

Religious affiliation as a percentage of the population

The population of Tuvalu was 10,837 as of the 2012 census.The largest faith groups are:

In Tuvalu there are also smaller numbers of Muslims, Baptists, members of The Church of Jesus Christ of Latter-day Saints (LDS Church) and atheists.The Tuvalu Brethren Church, a new charismatic Protestant group, is said to have as many as five hundred adherents (4.6% of the population), but this could not be confirmed by independent sources. The Ahmadiyya Muslim Community has approximately 50 members in the country, representing 0.5% of the population.

Constitutional right to freedom of belief, expression and association

The Constitution of Tuvalu provides for freedom of religion, and the Government generally respects this right in practice. Societal abuses or discrimination based on religious belief or practice occur, but are relatively infrequent.

Discrimination, including acts and threats of violence, occurred against Brethren Church members on Nanumanga, prompting some group members to move to Funafuti. Subsequent legal action resulted in the determination of the Court of Appeal of Tuvalu that the constitutional rights of the members were breached.

In a second legal action four people from Nanumaga sued in the High Court of Tuvalu claiming unlawful dismissal from their employment on grounds that included unlawful discrimination on the basis of religion and that their constitutional right to freedom of belief, expression and association have been denied. Three claims were dismissed, with a fourth plaintiff being awarded general damages and aggravated damages.