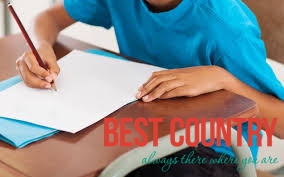 The district is headquartered at the Manuel F. L. Guerrero Administration Building at 312 Espinall Avenue, Hagåtña.

In 2000, 32,000 students attended Guam's Public School System. In 1998 the U.S. Department of Defense opened schools for children of American military personnel. DODEA schools had an attendance of 2,500 in 2000.

Around 2008, around one third of students graduating from the public schools on Guam go on to universities.

In the fall of 2008 the district required all schools to have school uniform policies for students. Any new schools opening must have policies in place after one year of the opening. Students eighteen years of age or older may opt out of the uniforms for medical, religious, or other reasons as approved by the building principal.