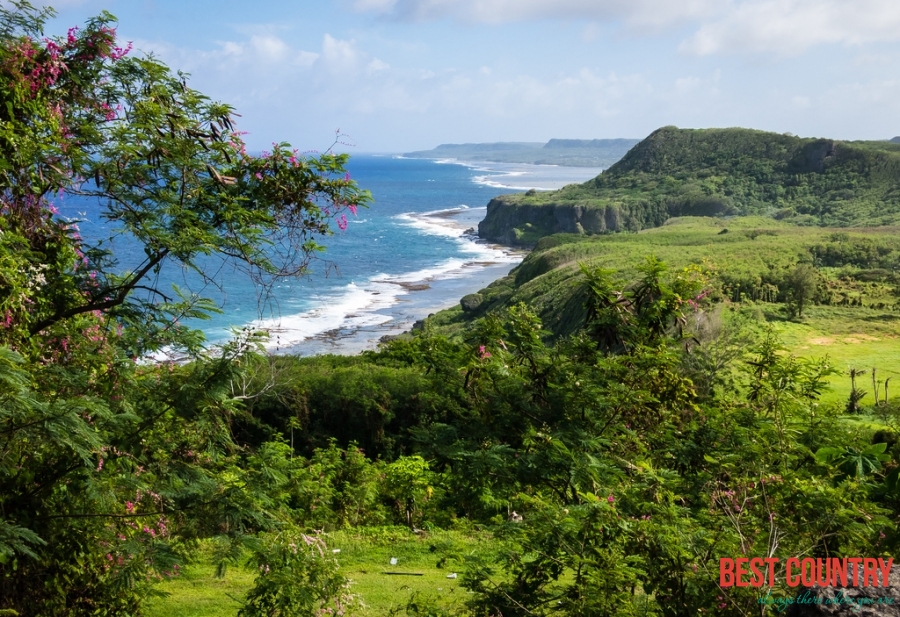 The climate is characterized as tropical marine.

The dry season runs from December through June. The remaining months (July through November) constitute the rainy season. The months of January and February are considered the coolest months of the year with night time temperatures in the mid to low 70s and generally lower humidity levels. The highest risk of typhoons is during October and November. They can, however, occur year-round.

Guam is located in what has been nicknamed "Typhoon Alley" and it is common for the island to be threatened by tropical storms and possible typhoons during the wet season. The most intense typhoon to pass over Guam recently was Super Typhoon Pongsona, with sustained winds of 144 miles per hour, gusts to 173 miles per hour, which slammed Guam on December 8, 2002, leaving massive destruction.

Since Super Typhoon Pamela in 1976, wooden structures have been largely replaced by concrete structures. During the 1980s wooden utility poles began to be replaced by typhoon-resistant concrete and steel poles. After the local Government enforced stricter construction codes, many home and business owners built their structures out of reinforced concrete with installed typhoon shutters.