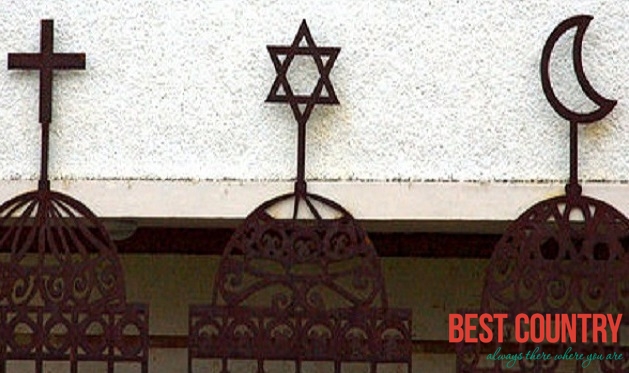 Islam is the dominant religion in Morocco – the Sunni variant in particular. “Islam” is an Arabic word that denotes submission, surrender, and obedience. As a religion, Islam stands for complete submission and obedience to Allah – that is why it is called Islam. The other literal meaning of the word “Islam” is “peace.”

This signifies that one can achieve real peace of body and of mind only through submission and obedience to Allah. Such a life of obedience brings peace of the heart and establishes real peace in society at large”.

The mosque is at the centre of all Muslim worship. You’ll find plenty of these beautiful historic buildings all over Morocco. Mosques are considered very holy

places, and only Muslims are allowed to enter them, although in other places around the world this is not the norm. It is considered offensive to take photographs of the locals without seeking their permission, unless you are acquainted with the individual.

There are also about 100,000 Christians here, mostly of French descent, along with a reported 8,000 Jews who mainly live in Casablanca and Marrakech, in North Africa. Catholic churches, Protestant churches, and synagogues are found in all of the major cities.