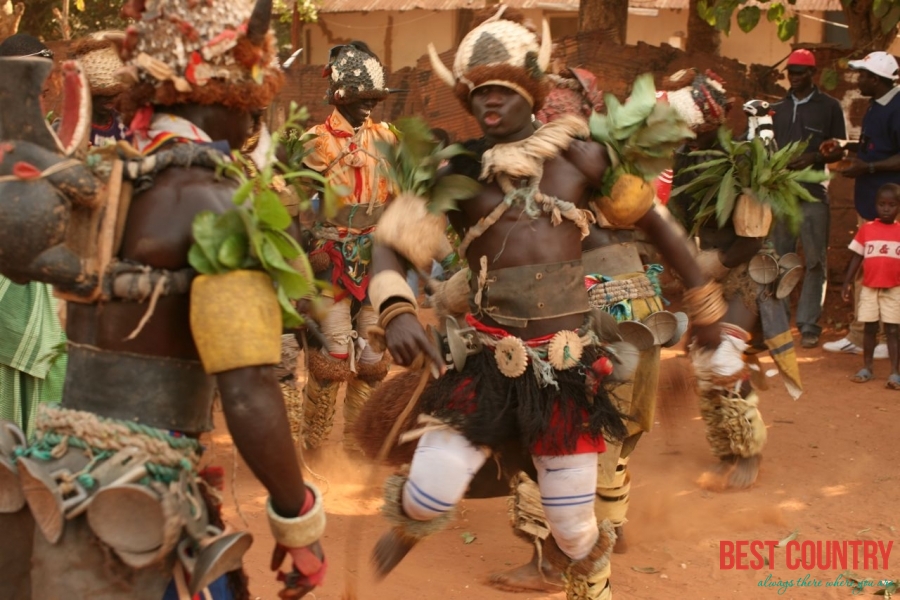 Throughout the 20th century, most Bissau-Guineans practiced some form of Animism. Recently, many have adopted Islam, which is currently practiced by 50% of the country's population; most of Guinea-Bissau's Muslims have Malikite Sunni denomination, with Shia and Ahmadiyya minorities.

Approximately 10% of the country's population belong to the Christian community, and 40% continue to hold Indigenous beliefs. These statistics can be misleading, however, as both Islamic and Christian practices may be largely influenced by syncretism with traditional African beliefs. Islam is practiced most widely by the Fula and Mandinka ethnic groups, and Muslims generally live in the north and northeast.

Practitioners of traditional indigenous religious beliefs generally live in all but the northern parts of the country. Christians belong to a number of groups, including the Roman Catholic Church (including Portuguese Guinea-Bissauans) and various Protestant denominations.Christians are concentrated in Bissau and other large towns.

Foreign missionaries operate in the country without restriction. The Constitution provides for freedom of religion, and the Government generally respected this right in practice. In 2007, the US government received no reports of societal abuses or discrimination based on religious belief or practice.