Guinea-Bissau is positioned on the west coast of Africa and is bordered to the north by Senegal, the east and southeast by Guinea and west southwest by the Atlantic Ocean. Due to the fact that Guinea Bissau is a country that has ocean opening the most common dish is fresh fish but also fruits and vegetables. 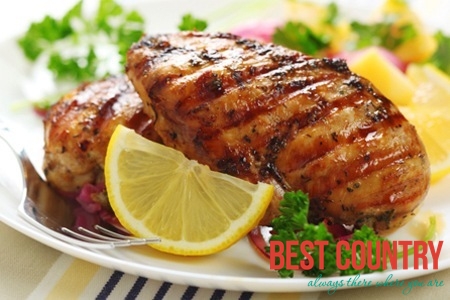 Usually, as in more or less all cultures, the cuisine of Guinea Bissau uses a combination of locally available fruits, grains, and vegetables, milk and meat products. In some parts of this country, the traditional Guinea Bissau diet has a predominance of milk, curd, and whey.

You can find rice all over the Guinea Bissau, most often imported, sometime local. It is anchored in the food habitu; since the colonial days. During that period the Portuguese pressed the Guinea Bissau to produce peanuts and import the rice from Asia. Cuisine of this exotic place reflects indigenous traditions, as well as influences from Arabs, Europeans, and Asians.

A typical Guinea-Bissau meal is concentrated with starchy substance, light on meat and generous on fat. Fufu, a semi-solid starchy mass alike to mashed potatoes or polenta, is served with soups and stews, such as egusi. Fufu is frequently made from starchy root vegetables such as yams, coco yams, or cassava, but as well from cereal grains or plantains.

Another characteristic of Guinness cuisine is the hot spices, including peppers and chiles. Seeds of Guinea pepper, Aframomum melegueta which are also called grains of paradise are a native West African plant, which is used to prepare traditional sauces.

In real meaning, the local cuisine and recipes of Guinea Bissau continue to remain intensely ingrained in the local society and traditions, with ingredients like rice, peanuts, Bambara Groundnut and Hausa Groundnut, black-eyed peas, and root vegetables such as yams, coco yams, sweet potatoes, and cassava.

Guinea Bissau cuisine also includes Pork meat and fish. cereals are making a strong entrance and are consumed in the morning or evening. The dishes basic ingredient is the couscous de mil which means couscous of millet because it represents a village tradition.

Like in many others countries here are many public festivals and holidays where the inhabitants eat special foods and have special parties. One of the most important festivals is National Day on September 12 which means Amilcar Cabral's birthday, when peoples eat yassa, which is a version of Chicken.

The pieces of Chicken, brushed with mustard, marinade in some citron, and cooked with lots of Onion are often served at this festival. Other important festivals are Colonization Martyr's Day, August third, Readjustment Movement Day at November, Independence Day, September twenty four, Mocidade Day, December first and New Year Day.