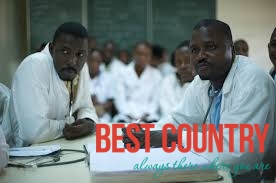 Guinea has been reorganizing its health system since the Bamako Initiative of 1987 formally promoted community-based methods of increasing accessibility of drugs and health care services to the population, in part by implementing user fees.

Ethnographic research conducted in rural and urban areas of the Republic of Guinea explored perceived distinctions between biomedical and traditional health practices and found that these distinctions shape parental decisions in seeking infant health care, with 93% of all health expenditure taking place outside the state sector.

In June 2011, the Guinean government announced the establishment of an air solidarity levy on all flights taking off from national soil, with funds going to UNITAID to support expanded access to treatment for HIV/AIDS, TB and malaria.

Guinea is among the growing number of countries and development partners using market-based transactions taxes and other innovative financing mechanisms to expand financing options for health care in resource-limited settings.

The 2014 CIA estimated average life expectancy in Guinea was 59.60 years.

In 2014 there was an outbreak of the Ebola virus in Guinea. In response, the health ministry banned the sale and consumption of bats, thought to be carriers of the disease. Despite this measure, the virus eventually spread from rural areas to Conakry.

The survey showed that 139,200 children suffer from acute malnutrition, 609,696 from chronic malnutrition and further 1,592,892 suffer from anemia. Degradation of care practices, limited access to medical services, inadequate hygiene practices and a lack of food diversity explain these levels.

In June 2011, the United Nations Population Fund released a report on The State of the World's Midwifery. It contained new data on the midwifery workforce and policies relating to newborn and maternal mortality for 58 countries. The 2010 maternal mortality rate per 100,000 births for Guinea is 680.