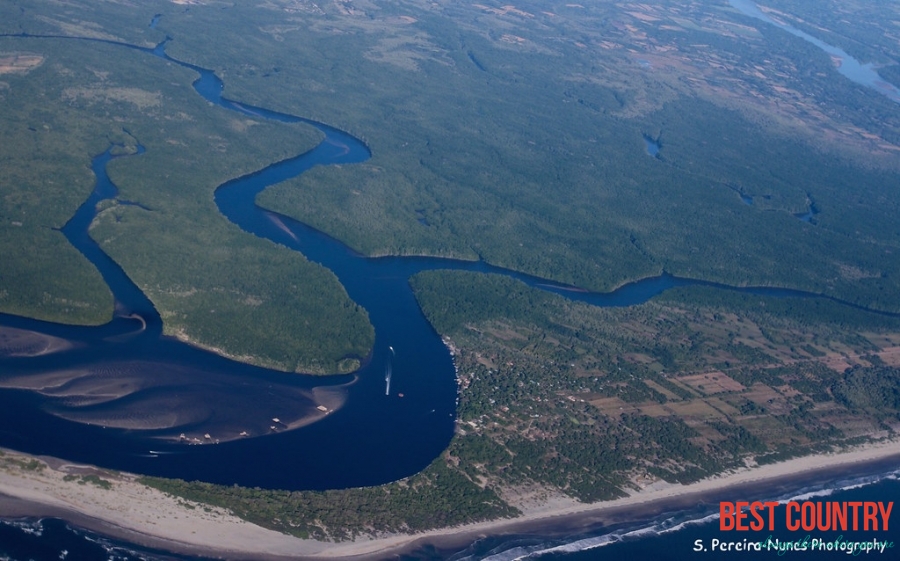 El Salvador has over 300 rivers, the most important of which is the Rio Lempa.

Originating in Guatemala, the Rio Lempa cuts across the northern range of mountains, flows along much of the central plateau, and finally cuts through the southern volcanic range to empty into the Pacific. It is El Salvador's only navigable river, and it and its tributaries drain about half the country. Other rivers are generally short and drain the Pacific lowlands or flow from the central plateau through gaps in the southern mountain range to the Pacific.

Numerous lakes of volcanic origin are found in the interior highlands; many of these lakes are surrounded by mountains and have high, steep banks. The largest lake, the Lago de Ilopango, lies just to the east of the capital. Other large lakes include the Lago de Coatepeque in the west and the Lago de Güija on the Guatemalan border. The Cerron Grande Dam on the Rio Lempa has created a large reservoir, the Embalse Cerron Grande, in northern El Salvador.