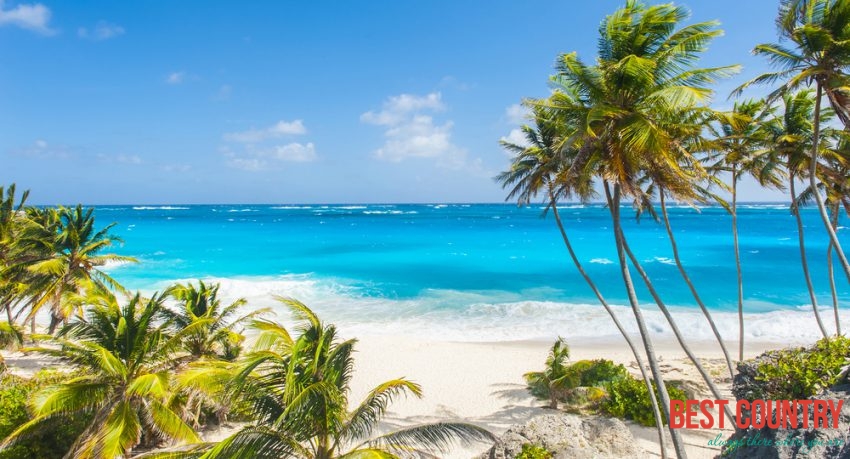 The country is generally split into a period of two seasons one of which includes noticeably higher rainfall.

On the Köppen climate classification scale, much of Barbados is regarded as a Tropical monsoon climate (Am). However, gentle breezes of 12–16 kilometres per hour (8–10 mph) abound throughout the year and give Barbados a warm climate which is moderately tropical.

Infrequent natural hazards include: earthquakes, landslips, tropical cyclones, and hurricanes. Barbados is often spared the worst effects of the region's tropical storms and hurricanes during the rainy season. The far eastern location in the Atlantic Ocean puts the country just outside the principal hurricane strike zone. On average, a major hurricane strikes about once every 26 years. The last significant hit from a hurricane to cause severe damage to Barbados was Hurricane Janet in 1955.