The country is generally split into a period of two seasons one of which includes noticeably higher rainfall.

The Island of Barbados is the most easterly in the Caribbean chain of islands (Lesser Antilles). Its splendid isolated location is at Latitude 13 10 N and Longitude 59 32 W. Measuring 23km (14 miles) at its widest point, 34km (21 miles) long and a mere area of 430 square km (166 sq miles). The highest point is 1,100ft (336m) above sea level at Mount Hillaby in St Andrew and the lowest is the Atlantic Ocean (0 m). The population is approximately 280,946 (2007) and growing. Racially, the island is predominantly African slave-descended blacks. The main religion is Christianity with small groups of Hindus, Muslins and Jews. 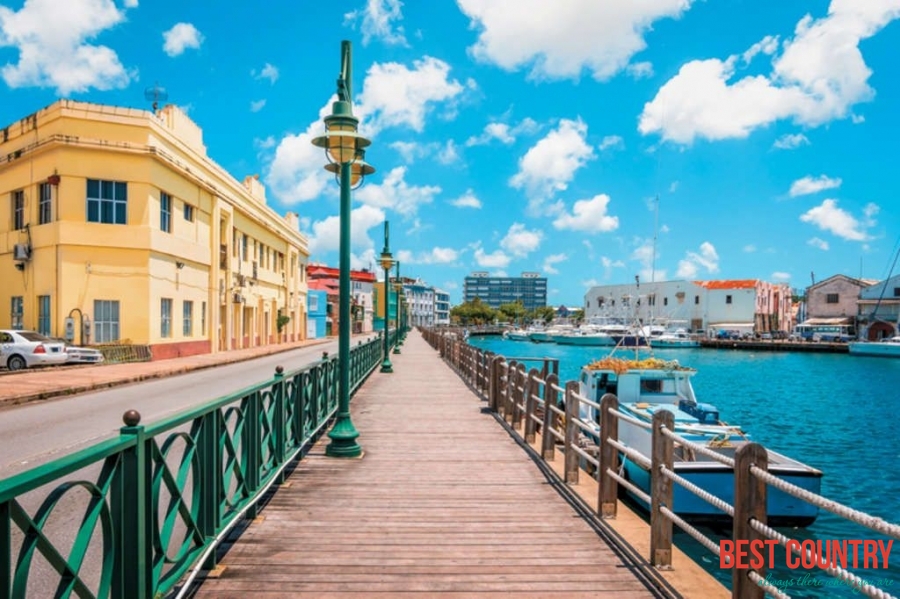 Bridgetown is the capital of Barbados

Bridgetown is the capital of Barbados, the eastern most island of the Caribbean. Bridgetown is the only city on Barbados and well over half the island's residents live there. Bridgetown is the port of call for many cruise ships and is known for its duty-free shopping as much as for its more cultural and historical attractions.