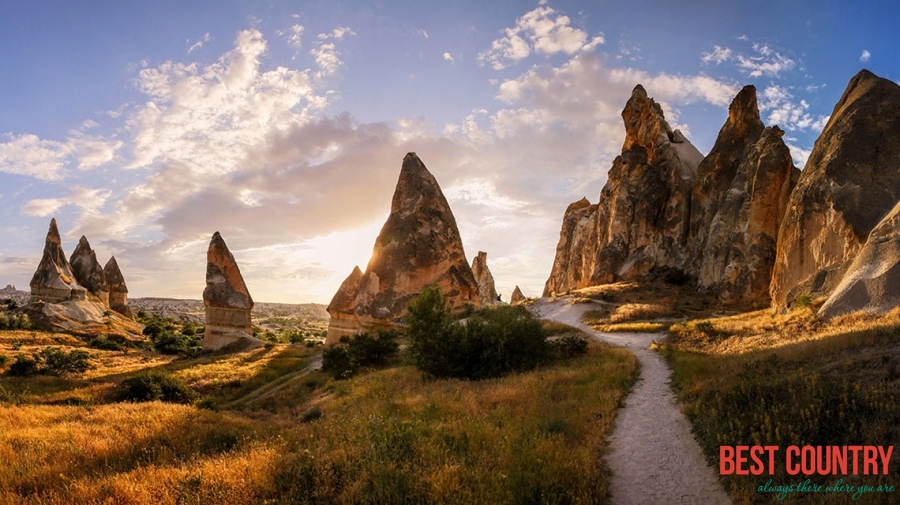 Turkey's diverse regions have different climates, with the weather system on the coasts contrasting with that prevailing in the interior. The Aegean and Mediterranean coasts have cool, rainy winters and hot, moderately dry summers. Annual precipitation in those areas varies from 580 to 1,300 millimeters, depending on location. Generally, rainfall is less to the east. The Black Sea coast receives the greatest amount of rainfall. The eastern part of that coast averages 1,400 millimeters annually and is the only region of Turkey that receives rainfall throughout the year.

Mountains close to the coast prevent Mediterranean influences from extending inland, giving the interior of Turkey a continental climate with distinct seasons. The Anatolian Plateau is much more subject to extremes than are the coastal areas. Winters on the plateau are especially severe. Temperatures of -30°C to -40°C can occur in the mountainous areas in the east, and snow may lie on the ground 120 days of the year. In the west, winter temperatures average below 1°C. Summers are hot and dry, with temperatures above 30°C. Annual precipitation averages about 400 millimeters, with actual amounts determined by elevation. The driest regions are the Konya Ovasi and the Malatya Ovasi, where annual rainfall frequently is less than 300 millimeters. May is generally the wettest month and July and August the driest.

The climate of the Anti-Taurus Mountain region of eastern Turkey can be inhospitable. Summers tend to be hot and extremely dry. Winters are bitterly cold with frequent, heavy snowfall. Villages can be isolated for several days during winter storms. Spring and autumn are generally mild, but during both seasons sudden hot and cold spells frequently occur.