Perhaps the most distinctive local drink is traditional coffee (gahwa) – although this doesn’t bear much resemblance to European coffee. 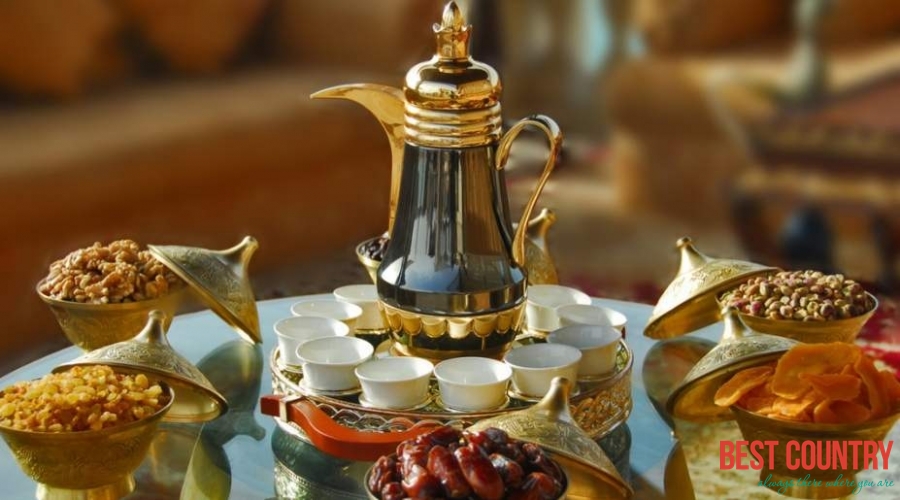 Arabic coffee is traditionally served in tiny handle-less cups, without milk and sugar but flavoured with spices usually including cardomom and/or cloves – intense, aromatic and slightly bitter.

The serving and drinking of coffee is an important element of traditional Omani hospitality, and it’s not uncommon even now to enter a hotel lobby or other public place and see a coffee-pourer wandering about with a traditional metal coffeepot (dallah) and tray of dates.

If offered coffee in a social situation, it is considered polite to accept one cup as a symbol of accepting the offered hospitality, even if you don’t really want it.

Your cup will be refilled whenever you empty it, although it’s considered impolite to take more than three cups. When you’ve finished, shake the cup gently from side to side and say “Bas, shukran” (“Enough, thank you”).

More conventional coffee, often described as Nesafe (or “Nescoffee”), is also available, as is tea (shay; usually a Lipton’s tea-bag). Fruit juices are also often good, especially in local shwarma cafes and other Lebanese establishments. You may also come across laban (buttermilk).