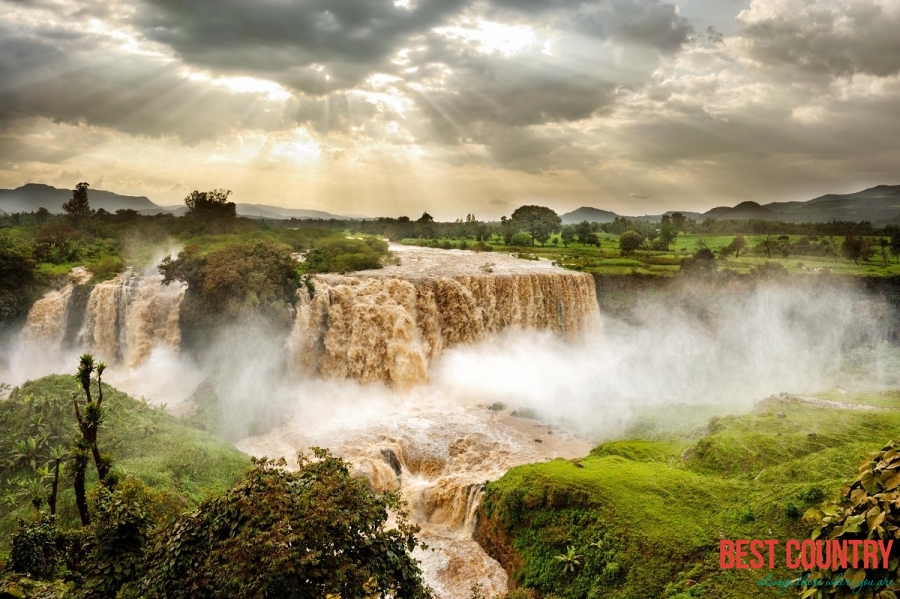 The Ethiopian Highlands which cover most of the country have a climate which is generally considerably cooler than other regions at similar proximity to the Equator. Most of the country's major cities are located at elevations of around 2,000–2,500 metres (6,562–8,202 ft) above sea level, including historic capitals such as Gondar and Axum.

The modern capital Addis Ababa is situated on the foothills of Mount Entoto at an elevation of around 2,400 metres (7,874 ft), and experiences a healthy and pleasant climate year round. With fairly uniform year round temperatures, the seasons in Addis Ababa are largely defined by rainfall, with a dry season from October–February, a light rainy season from March–May, and a heavy rainy season from June–September. The average annual rainfall is around 1,200 mm (47.2 in). There are on average 7 hours of sunshine per day, meaning it is sunny for around 60% of the available time. The dry season is the sunniest time of the year, though even at the height of the rainy season in July and August there are still usually several hours per day of bright sunshine. The average annual temperature in Addis Ababa is 16 °C (60.8 °F), with daily maximum temperatures averaging 20–25 °C (68–77 °F) throughout the year, and overnight lows averaging 5–10 °C (41–50 °F).

Most major cities and tourist sites in Ethiopia lie at a similar elevation to Addis Ababa and have a comparable climate. In less elevated regions, particularly the lower lying Ethiopian xeric grasslands and shrublands in the east of the country, the climate can be significantly hotter and drier. The town of Dallol, in the Danakil Depression in this eastern zone, has the world's highest average annual temperature of 34 °C (93.2 °F).