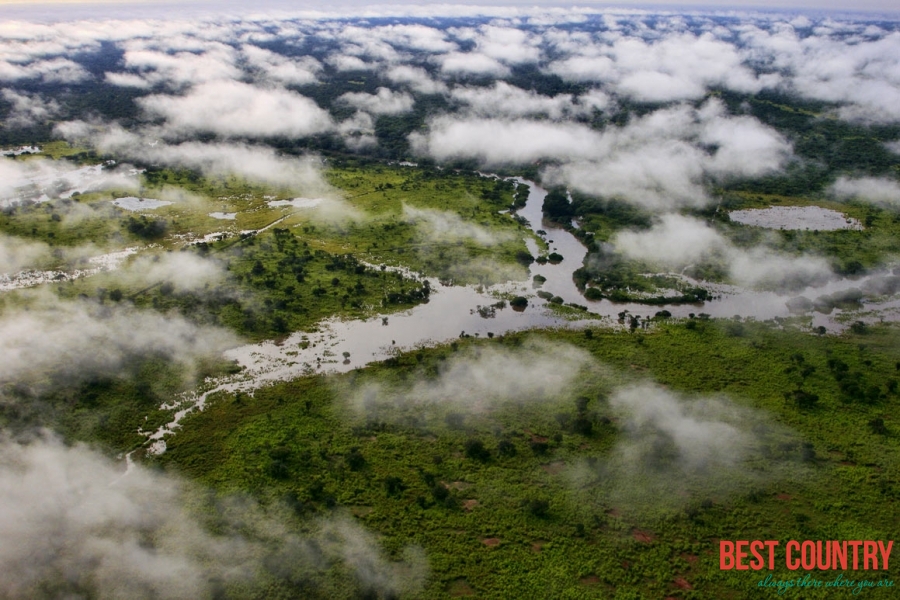 The average yearly rainfall ranges from 1,100 millimetres (43 in) in south in the Niari valley to over 2,000 millimetres (79 in) in central parts of the country. The dry season is from June to August while in the majority of the country the wet season has two rainfall maxima: one in March–May and another in September–November.

In 2006–07, researchers from the Wildlife Conservation Society studied gorillas in heavily forested regions centered on the Ouesso district of the Sangha Region. They suggest a population on the order of 125,000 Western Lowland Gorillas, whose isolation from humans has been largely preserved by inhospitable swamps.