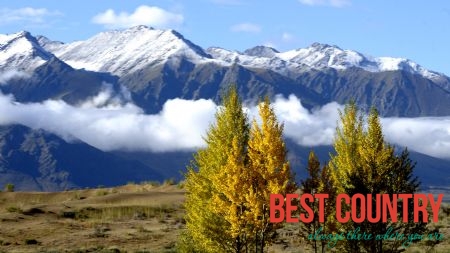 Undoubtedly, Tibet is one of the harshest places for human existence. It is cool in summer but freezing cold in winter. In Lhasa, the mildest city in Tibet, temperature may exceed 29C in summer while plummeting to -16C in winter!

Sun radiation is extremely strong in Tibet. The sunlight in Lhasa is so intense that the city is called Sunlight City. The thin air can neither block off nor retain heat so that the temperature extremes can be met in daytime and the same night respectively in Tibet. However it is not impossible to visit the holy snow land. April to October is the best time to visit Tibet, out of the coldest months, which are from December to February usually.

The average temperature in north Tibet is subzero and winter arrives in October until the following May or June. July and August are the best time to visit the area, enjoying warm temperature, intense sunshine, beautiful scenery and festive events.

May, June and September is the tourist season in east Tibet. In winter, roads are all blocked by heavy snow. Landslides and rock falls frequently occur, which will make travel difficult.

South Tibet is balmy during May to October. During the period, there are also great festive events held. Hence it is the best time to visit Lhasa, Shigatse and Nyingchi.

Most annual rainfall comes in the rainy season which starts from June to September. Usually it rains at night in Lhasa, Shigatse and Chamdo area. The rainfall may block roads and make travel difficult but the scenery at the time will be the best. From November to the coming May, the wind blows often.