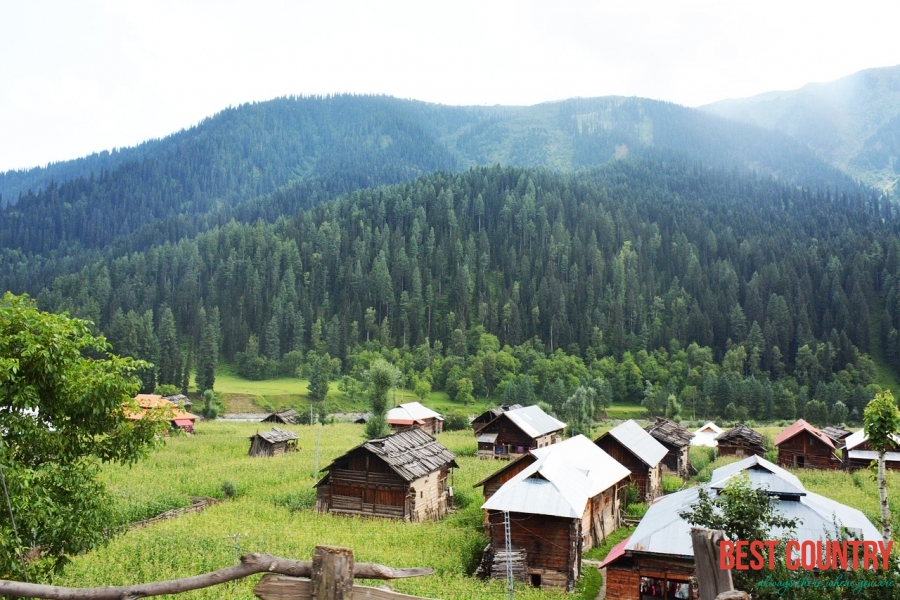 Pakistan lies in the temperate zone. The climate is generally arid, characterized by hot summers and cool or cold winters, and wide variations between extremes of temperature at given locations.

There is little rainfall. These generalizations should not, however, obscure the distinct differences existing among particular locations.

For example, the coastal area along the Arabian Sea is usually warm, whereas the frozen snow-covered ridges of the Karakoram Range and of other mountains of the far north are so cold year round that they are only accessible by world-class climbers for a few weeks in May and June of each year.

Pakistan has are four seasons: a cool, dry winter from December through February; a hot, dry spring from March through May; the summer rainy season, or southwest monsoon period, from June through September; and the retreating monsoon period of October and November. The onset and duration of these seasons vary somewhat according to location.

The climate in the capital city of Islamabad varies from an average daily low of 2° C in January to an average daily high of 40° C in June. Half of the annual rainfall occurs in July and August, averaging about 255 millimeters in each of those two months.

The remainder of the year has significantly less rain, amounting to about fifty millimeters per month. Hailstorms are common in the spring.

Pakistan's largest city, Karachi, which is also the country's industrial center, is more humid than Islamabad but gets less rain. Only July and August average more than twenty-five millimeters of rain in the Karachi area; the remaining months are exceedingly dry.

The temperature is also more uniform in Karachi than in Islamabad, ranging from an average daily low of 13° C during winter evenings to an average daily high of 34° C on summer days. Although the summer temperatures do not get as high as those in Punjab, the high humidity causes the residents a great deal of discomfort.

Most areas in Punjab experience fairly cool winters, often accompanied by rain. Woolen shawls are worn by women and men for warmth because few homes are heated. By mid-February the temperature begins to rise; springtime weather continues until mid-April, when the summer heat sets in.

The onset of the southwest monsoon is anticipated to reach Punjab by May, but since the early 1970s the weather pattern has been irregular. The spring monsoon has either skipped over the area or has caused it to rain so hard that floods have resulted. June and July are oppressively hot.

Although official estimates rarely place the temperature above 46° C, newspaper sources claim that it reaches 51° C and regularly carry reports about people who have succumbed to the heat.

Heat records were broken in Multan in June 1993, when the mercury was reported to have risen to 54° C.

In August the oppressive heat is punctuated by the rainy season, referred to as barsat, which brings relief in its wake. The hardest part of the summer is then over, but cooler weather does not come until late October.