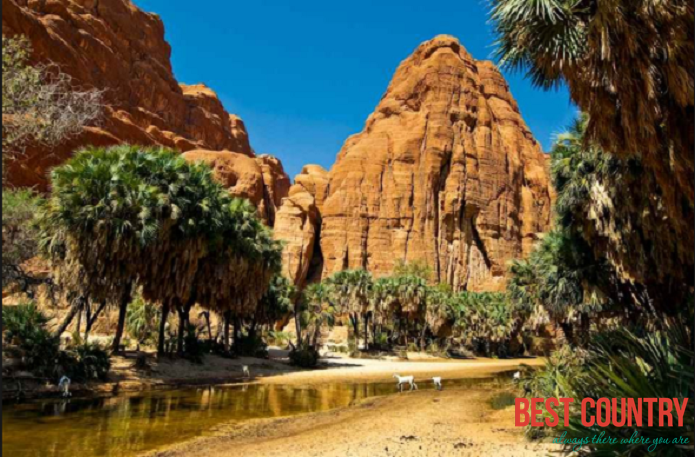 Each year a tropical weather system known as the intertropical front crosses Chad from south to north, bringing a wet season that lasts from May to October in the south, and from June to September in the Sahel.

Variations in local rainfall create three major geographical zones. The Sahara lies in the country's northern third. Yearly precipitations throughout this belt are under 50 millimetres (2.0 in); only the occasional spontaneous palm grove survives, the only ones to do so south of the Tropic of Cancer. The Sahara gives way to a Sahelian belt in Chad's centre; precipitation there varies from 300 to 600 mm (11.8 to 23.6 in) per year. In the Sahel, a steppe of thorny bushes (mostly acacias) gradually gives way to the south to East Sudanian savanna in Chad's Sudanese zone. Yearly rainfall in this belt is over 900 mm (35.4 in).