Cities With The World’s Most Beautiful Women 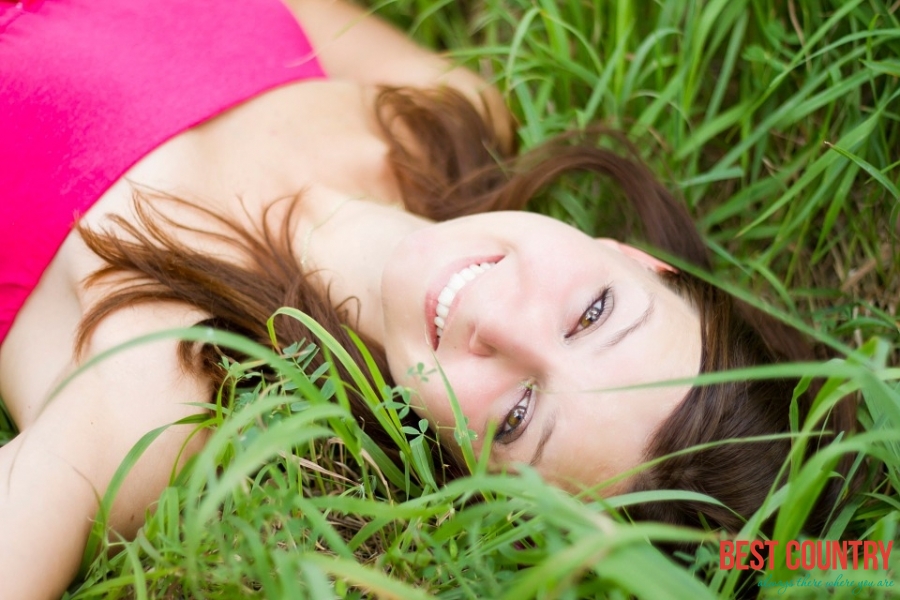 Montreal is blessed with the flavor of continental Europe, in the much more convenient location of Canada. Home to a large number of universities, Montreal is a vibrant city with a pulsating nightlife. The beauty of its women is just an added bonus. Another bonus, the women speak the world’s sexiest language, French.

Every guy loves Asian women and that’s a scientific fact. Happening and cosmopolitan, Seoul has some of the best nightlife in Asia and a reputation for stunning beauties. Korea is somewhat of a cultural trendsetter in Asia and it is always at the forefront of the region’s latest fashion and music. YouTube a video by the Wonder Girls or the song Bo Peep Bo Peep by T-ara to see an example of beautiful Korean pop stars in action.

Amsterdam absolutely had to be on this list. Dutch women are just fantastic, they’re liberal and open-minded beauties who are always a good time. Considering the country they live in, it’s no surprise that Dutch women are so fascinating. Amsterdam is a living museum of the odd, and a visit to the city is a quick way to broaden one’s horizons. Check out the nightlife in Leidseplein or take a romantic canal-side stroll with a new lover and it becomes clear that Amsterdam is much more than just its red light district.

Israel has some very beautiful women; there’s just something about dark features and green eyes that is exotic and appealing. Tel Aviv is the focal point of Israel’s youth culture and nightlife scene, so it makes sense that the most beautiful girls in the country can be found lounging on the city’s Mediterranean beaches and in its happening night spots. One famous Israeli beauty that comes to mind is Bar Refaeli, international swimsuit model and onetime girlfriend of Leonardo DiCaprio. A word of caution though; in Israel women over the age of 18 are required to have served in the Israeli military. This means that you should be very careful before trying to pull a “fast one.”

Russia has some of the world’s most beautiful women. This may surprise the cold-war generation who grew up believing the stereotypes (Wendy’s commercial anyone?) of Russian women being plain and ordinary, but a quick visit to Moscow should set the record straight. Think tall, blue-eyed goddesses. That’s not to say these girls are easy to talk to, because Russians can be an intimidating bunch.

Bulgaria isn’t the most well-known country, even Europeans sometimes have trouble finding it on a map, but what it lacks in fame, it more than compensates for in beautiful women and stunning locales. Varna is located on the country’s gorgeous Black Sea Coast and in the summer the city becomes jam-packed with sunbathing beauties. Similar to their Russian and Ukrainian counterparts, girls here are often tall and light-eyed. Come before the masses, as international travelers are only now discovering the gem that is Bulgaria.

We’re going to take a firm stance here and declare that Buenos Aires has the most beautiful women in South America! That’s right; more beautiful than Brazil, Venezuela or Colombia. Sure, there’s no denying that Argentinean women lack the raw magnetism of their northern neighbors, but there’s something about the cultured atmosphere of Buenos Aires that’s just so damned romantic! So do yourself a favor and visit this extraordinary city and ask the most beautiful woman that you have ever seen in your life to teach you the tango. (She’ll most likely say no, but at least you’ve tried.)

Even though it’s the only American city on the list, New York was a close call for the number-one spot. Because New York is a melting pot of so many different cultures and ethnicities, the city has some of the most diverse and beautiful women in the world. Hang out in the Village and eyefuck the trendy and smart girls out on the town, peep out the clubs in the Meatpacking District which are always full of models, or hit up Brooklyn in search of cute hipster chicks. What really makes New York women so special, though, is their fashion!

The beer commercials are true, Sweden really does have some of the world’s most beautiful women! The streets of Stockholm are literally packed with gorgeous women, who are as tall as they are luscious. Even better, Scandinavians are world renowned for their friendliness. This means there’s a good chance that the girl you’re stalking is actually a sweet and down to earth person. Swede’s disappointed at the city’s number two placement in this list can take solace knowing that Sweden was named the country with the best looking women and Stockholm took first place in our list of place with the best looking men. Not too shabby.

Kiev is, without a doubt, home to the world’s most beautiful women! A visit to Kiev is truly awe-inducing. You might have to pinch yourself to believe that women this beautiful could even exist. The ladies are also less intimidating than their Russian counterparts, which makes it easier to strike up a conversation. Check out Kiev in the summertime, when Hydropark Island on the Dnieper River becomes a hot spot for sunbathing Ukrainian beauties. And for anyone who thinks that beautiful women must be vapid as well, Ukrainian women are ready to disprove that theory. The women in the country are well educated and always ready to talk about literature or philosophy, so brush up on your Gogol.