St Petersburg goes back to the future 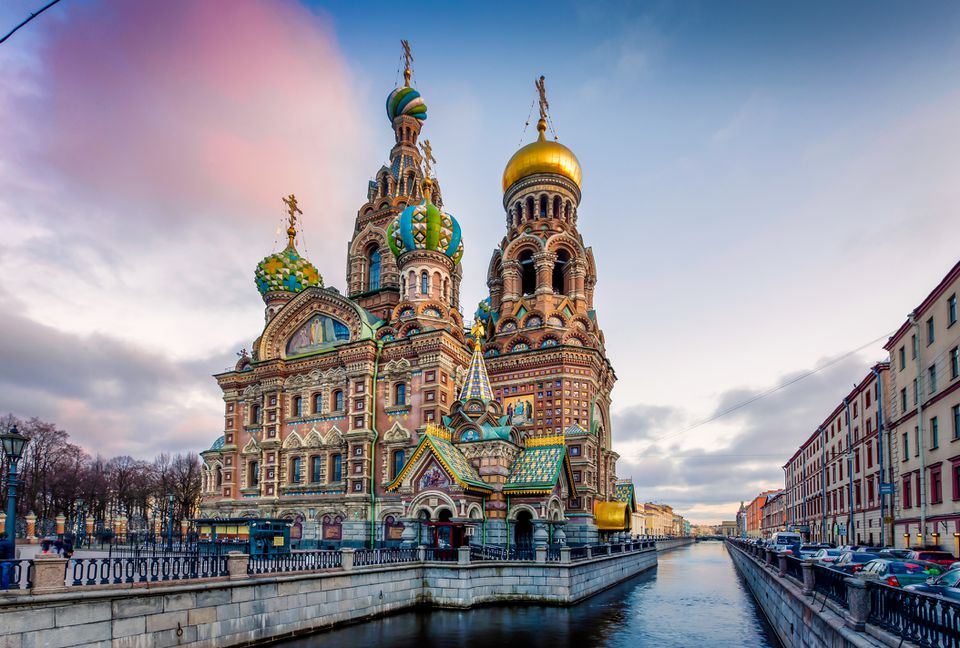 Achingly beautiful St Petersburg, with its baroque palaces and sweeping broad boulevards, seemed immune from the sweeping tides of change remaking the architectural and cultural character of Moscow.

You came here to drink in the grandeur of the Winter Palace, to float down the majestic canals, to be transported to its gilded czarist opulence. But focusing on the past is out of line with the city`s history.

Founded by the forward-thinking emperor, Peter the Great, the city has always been Russia`s cultural capital. This is the city of Balanchine and Baryshnikov, Dostoevsky and Tchaikovsky. It was from here that Peter undertook the first great modernization of Russia, where citizens agitated for the October Revolution that ushered in the Communist age, and where residents later pushed for Democratic reform as Communism crumbled.

It is odd that a city that has been at the forefront of so many radical changes should, more recently, come to be defined by its old world character. Eclipsed by the economic powerhouse of Moscow, St Petersburg feels a bit like a large museum. But with the opening of the city`s first contemporary art museums, the country`s first W Hotel, and a growing restaurant scene, tourists are starting to get a taste of the vibrant cultural life that has been bubbling beneath the city`s ornate veneer. But you have to experience St Petersburg`s past to be able to appreciate its present. So consider this our back to the future guide to St Petersburg, past to present.

The Grand Hotel Europe has been open since 1875, its own history a microcosm of Russia`s history. Rasputin dined here, Dostoevsky wrote in a corner hotel room, Tchaikovsky supped with his bride on their honeymoon. The grand dame morphed into a cramped halfway house of sorts while families awaited apartment allocations after the October Revolution put the city under Communist rule. It later became a hospital during the siege on the city in World War II. But now it is every bit as grand as the day it opened with Russian oligarchs scooping up caviar from gold-rimmed china and sipping champagne from cut crystal flutes. Rooms awash in precious antiques feel firmly routed in old-world grandeur with modern benefits like flat screen TVs and wi-fi.

Building codes designed to preserve the architectural character and historic facades of St Petersburg have also stymied the development of inventive architecture. And hotels in particular have stuck to a tried-and-true formula of stuffy historic design. That is why the opening of the new W, the city`s first truly contemporary hotel, is such a breath of fresh air. The W took a cue from the St Petersburg`s original planners, hiring Italian architects to design the 137 rooms and suites. The only debt their designs owe to the city`s past are the bright pops of jewel tones as accents throughout the hotel, a nod to the famous Faberge Eggs produced in the city. The hotel otherwise sits firmly rooted in the future, with low-slung mod furniture lit by glittering gold lamps reminiscent of disco balls, and Russian power players dining in the new Alain Ducasse restaurant, miX.

The Palkins are some of Russia`s oldest restaurateurs and their crowning jewel opened in 1874 with 25 dining halls, a billiard room, a marble fountain and a sweeping staircase. The current incarnation, reopened in 2002, may not be quite so sprawling but the massive crystal chandeliers, heavy raw silk draping and elaborately carved walls certainly evoke the days when czars and czarinas supped within these walls. The food is also a bit of a history lesson as Palkin`s chefs were the first to incorporate French techniques into Russian cooking. Today, you will find evidence of that tradition in dishes like sea scallops served mille-feuilles style with red caviar and passion fruit balls or stroganoff made with wild boar and fox berries.

As dinner at Palkin demonstrates, St Petersburg had been doing fusion centuries before it became hip in other parts of the world, thanks largely to the city`s love affair with Western Europe. However, culinary mix-and-match came back to the city in the late 1990s, often to poor effect (think sub-par sushi mixed with bland Italian). But then there are the exceptions to the rule. Enter Terrassa. Its globe-trotting menu dips into Asia, Europe and Russia effortlessly, finding the culinary middle ground between Chinese dim sum and Russian dumplings, gooey Georgian cheese breads and caviar-and-smoked-salmon topped pizzas. And it is all served up in an understated dining room of blond wood and creams, putting the focus on the expansive views of the Kazan Cathedral.

There is no better way to get a perspective on czarist Russia than to enter the former Winter Palace, now one of several buildings comprising the State Hermitage Museum, one of the largest museums in the world. The interiors alone, with their hand laid marquetry floors, priceless crystal chandeliers and frescoed ceilings, would be enough to qualify the building as a museum. But add to that the three-million piece collection, including the world`s largest of paintings, and you have an art-powerhouse that would take weeks to fully explore. Allow yourself a day to just get lost in the interiors, from the glowing malachite pillars to gold-trimmed marble-staircases, before looking at the items they contain - from da Vinci to Kandinsky paintings, Scythian gold animal sculptures to 18th-century Volga headdresses. It is the embodiment of cultural excess.

With the mammoth Hermitage dominating the city`s cultural landscape, it would be easy to overlook what St Petersburg has long lacked, a space to highlight contemporary Russian art. But last year the city got not one, but two new spaces, the Erarta Museum and Galleries of Contemporary Art, and the Novy Muzei (New Museum). Erarta occupies a Soviet-era building on a still-gentrifying stretch of prime post-industrial real estate on the tony Vasilyevsky Island. The more than 2,000 works aim to move beyond Moscow`s dominance of the art scene to exhibit pieces made throughout Russia.

A 20-minute walk away sits Novy Muzei, the New Museum. Set in a restored 19th-century building, this smaller museum focuses on late 20th-century, non-conformist (i.e. non-Soviet-sanctioned) pieces. Nearby students toil at the legendary St Petersburg Academy of Arts. Grab a lunchtime plate of pelmeni (boiled dumplings filled with minced pork) at one of the surrounding cafes and yo will mix with students whose work could soon hang in the galleries you have just explored.